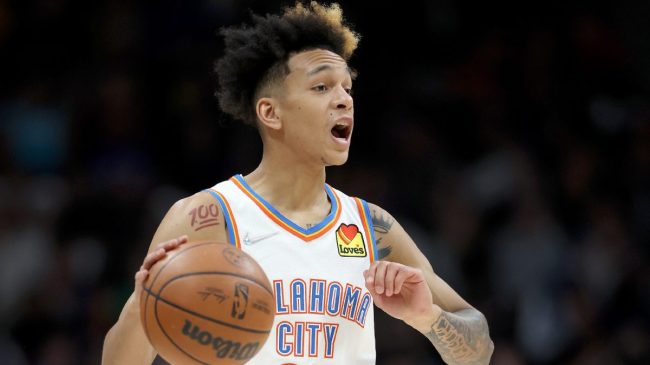 Apparently, being an NBA star doesn’t qualify you for social media stardom.

Tre Mann is in the process of closing out his first professional season with the Oklahoma City Thunder. The rookie is averaging more than 10 points a game as he helps to continue progressing with a young OKC core.

Mann came to the NBA from Florida after being selected with the 18th pick in the first round of the draft. He’s certainly lived up to the billing thus far, but apparently, that professional success can’t land the guard a blue check on Twitter.

Mann has over 21K followers on the social media app, but it’s not been enough to get verified. On Tuesday, he decided to take things into his own hands as he continues working for that elusive check mark.

The post reads, “wassup Twitter I’m Tre Mann and I play in the NBA for the OKC Thunder !! Oh & did I mention I am an NBA player?”

The Twitter post went viral, sparking quite the reaction from fans and followers on Mann’s timeline. Take a look at some of the replies as everyone pleads for that verification status.

Not me thinking this was fake because he’s not verified?!? 🤣 @verified gotta fix this one!

DO THE RIGHT THING @verified

Yo @verified help my guy out

Tell them to verify you man!! @verified make it happen https://t.co/GIRqh80WEs

Mann will have his first full professional season under his belt in less than a week’s time. Hopefully, by then, he’ll have a blue check mark by his name, too.