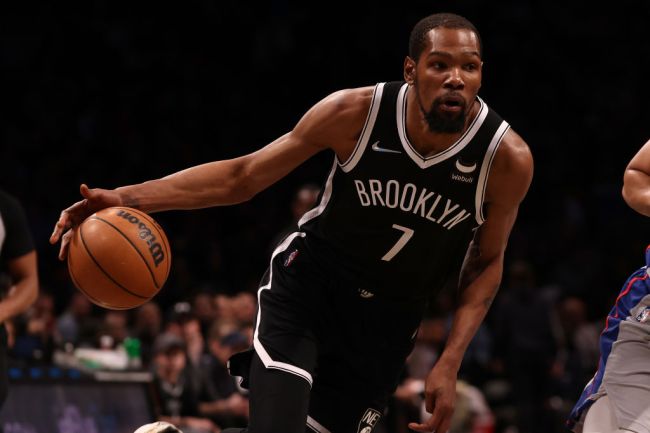 This week, a surprising discussion erupted among NBA fans. Kevin Durant came out and said that his number should be retired by both the Golden State Warriors and the Oklahoma City Thunder and many fans disagreed.

Fans were understandably divided about the subject from a Warriors perspective. Durant led the team to a pair of rings, but also only played for the team for 3 seasons.

The debate about the Thunder was a bit less expected, but it seems like word got back to the team’s GM, Sam Presti.

At an alumni player event last night, he made a comment that seemed directed toward the discussion about Durant.

It’s somewhat surprising that Durant’s status with the Thunder is something that has even come into question. Durant spent the first nine years of his career as a member of the Thunder (with one of those coming while they were still the Sonics) and led them to their only NBA Finals appearance.

He led the league in scoring 4 times while with the Thunder and repeatedly made the All-Star team. He is by far the most impactful player in the history of the Thunder and led the team to heights it hasn’t come close to since he left.

It’s good to see that even with Durant leaving for a Western Conference rival, the Thunder GM is ready to acknowledge KD’s greatness with the team. It’s something he deserves after putting together such a great run with the team and maybe this will even entice him to make a return before he hangs it up.