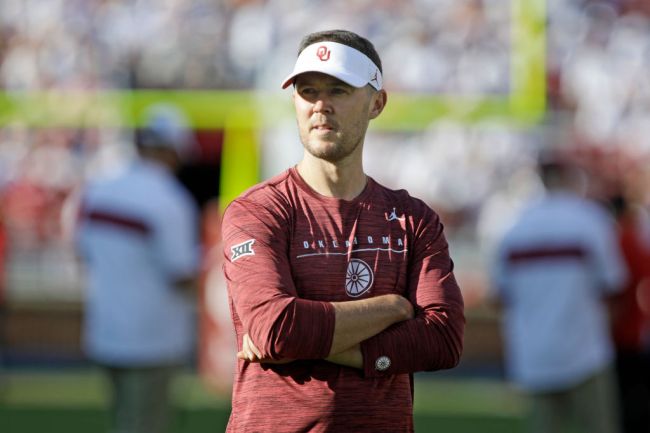 Caleb Williams had the game of his life in the Red River Showdown but for whatever reason Oklahoma head coach Lincoln Riley wouldn’t allow him to speak to the media on the field when his team won.

On Saturday afternoon Williams came in and replaced starting QB Spencer Rattler while the team was down 28-7.

Freshman Caleb Williams is in at QB for Spencer Rattler 👀 pic.twitter.com/Ak4KNNKHsZ

CALEB WILLIAMS 66-YDS TO THE HOUSE 🔥

Williams went on to have a spectacular second half and led his team to an amazing comeback win against Texas.

After the game, ESPN’s sideline reporter Holly Rowe revealed that she tried to speak to Williams but Riley wouldn’t allow it.

Dear viewers, please know I am always working for you. I asked to interview @CALEBcsw postgame and Lincoln Riley said no. That kid deserved this stage and this opportunity. I actually apologized to Caleb who expected to be interviewed

It’s currently unclear why Lincoln Riley wouldn’t let Williams talk to ESPN but it’s unfortunate that he wasn’t allowed to have his moment.