Oklahoma Sooners Softball Might Just Be The Most Dominant Team In Sports, Ever 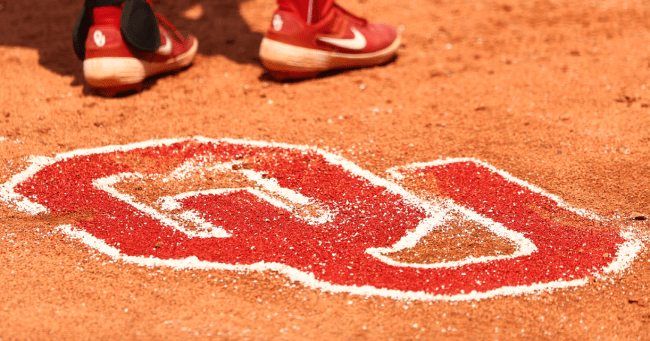 The only reason one would use the word “might” in saying the 2022 Oklahoma Sooners softball team is the most dominant team in the history of big time sports is because they still have to make it safely through the NCAA tournament.

None of those teams, however, can match the 2022 Oklahoma Sooners softball team when it comes to absolutely destroying their opponents.

The Sooners have gone 55-2 this season (a record for single-season win percentage in D1 softball) and 17-1 in the Big 12. Those are impressive numbers all by themselves.

What makes the Sooners’ season perhaps the most dominant though is how they won many of those 55 games.

In their opening game of the Women’s College World Series on Thursday, Oklahoma beat Northwestern (who came into the game with an impressive 45-12 record) 13 to 2… and the Sooners only batted four times.

For awhile there it actually looked like Northwestern might win the game. The Wildcats were leading 1 to 0 entering the bottom of the third inning. Then this happened.

The Wildcats’ one run lead over Oklahoma was only the 10th time this season the Sooners have trailed in a game all year.

Oh yeah, Northwestern’s pitcher while that was happening? The unanimous selection for Big Ten Pitcher of the Year, Danielle Williams. Didn’t matter.

Oklahoma Sooners softball players have been putting up absurd numbers

The winning pitcher for the Sooners, Hope Trautwein, moved to 19-1 on the year with the victory.

That… is dominance. Dominance that is not lost on college softball fans.

For non-softball fans out there, imagine Oklahoma softball as the 2007 patriots with jerry rice. 2016 warriors with Kevin Durant. 1927 Yankees with… some really good baseball player. 2019 LSU with 2021 Georgia defense.

Can y’all please let up on these teams😭

The University of Oklahoma is really good at softball.

Oklahoma’s next opponent is Texas, who was one of the two teams to actually beat the Sooners this year (4-2 on April 16). The game takes place at 3 p.m. ET and will be aired on ABC.