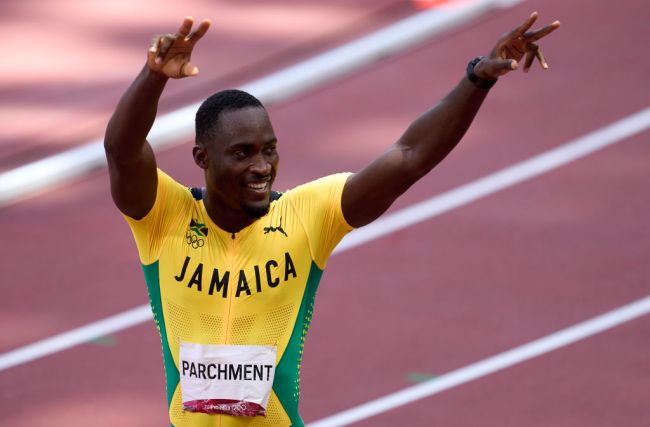 Hansle Parchment would not have won a gold medal at the Tokyo Olympics without the good deed of a volunteer. The Jamaican hurdler thanked the Good Samaritan on Instagram and explained how she saved his medal hopes.

Running late to running away.

Parchment, 31, competes in the 110-meter hurdles and was running late for his semifinal last week. He explained that he was listening to music before the race and did not pay attention as he boarded an Olympic village bus.

That bus ended up taking him to the wrong place.

With time running out before he was scheduled to take his mark, Parchment was in trouble. If he took a bus back to the village and then got on the proper bus to the race, he would be too late.

“If I had done that, I wouldn’t get there in time to even warm up. I had to find another way,” he said. “I was trying to get one of the branded cars for the Games to take me, but these people are very strict and adhering to the rules, and I would have to have to book the car from beforehand to get it to leave.”

Parchment was in a pinch and his hopes of even competing in the final were slimming fast. And then he saw the volunteer, a woman named Trijana.

“I saw this volunteer and I had to beg, ’cause of course she is not allowed to do much, and she actually gave me some money to take one of the taxis that are affiliated with the Games,” he said. “And that’s how I was able to get to the warm-up in time, and had enough time to compete.”

Trijana’s kind act saved Parchment and he went on to compete in his semifinal, advance to the final and win the gold medal in upset fashion with a wicked surge.

A proper thank you.

Two days after securing the top spot on the podium, he tracked down Trijana outside of the venue where they met. He was able to find her, paid her back for the taxi ride and gave her a Team Jamaica shirt.

In addition to the shirt from Parchment, the Jamaica Ministry of Tourism extended an official invitation to Trijana to visit the country after she “played a key role” in Parchment’s gold medal.

This might be the best story from the Tokyo Games and it serves as a great reminder of what the Olympics are all about— people from around the world gathering as one.