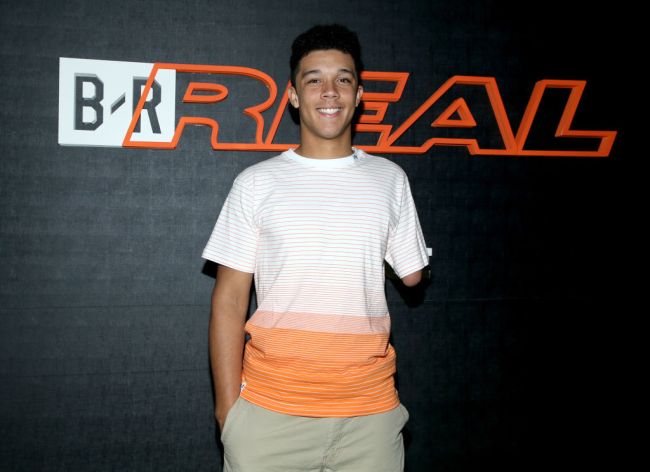 Trashaun Willis is a one-armed football player out of Washington High School in Iowa and he’s a certified baller. His dominance on the football field has paid off, too, as the senior has officially received a scholarship offer to play at Lamar, a Division I FCS program in Texas.

Willis has played all over the field during his high school career but is most well-known for his play at quarterback where he picked up over 1,400 total yards and 25 touchdowns, 12 through the air and 13 on the ground, in the span of nine games this past season.

While his play under center has caught most people’s attention, it’s his ability at the linebacker position that could see him take the field at the next level. Willis is 6-foot-5 and was a first-team all-state linebacker racking up 37.5 tackles. With that size and clear ability to make plays on the defensive side of the ball, Lamar and other schools could be looking at him to contribute at the linebacker position at the college level.

Schools can use him in the passing game as well if they like, he can catch touchdown passes too.

@WashFB Late in the 1st quarter, Trashaun Willis would move to wide receiver, as Ethan Patterson took over to lead the Demon offense for the drive. After leading the offense down the field, Ethan would find Trashaun for a 13 yard Touchdown Completion! #GoDemons #Demons2021 pic.twitter.com/2N8E4mI3KB

Willis is just a certified ath-uh-lete. He could dunk a basketball in eighth grade and then took over Washington’s football team as the starting quarterback as a freshman.

“The ultimate goal is to make it to college and then hopefully the next level,” Willis told Bleacher Report in 2018. “Whether it’s football or basketball, it doesn’t matter to me as long as I’m playing. I feel like I can compete with anyone on the court or on the field as long as I continue to push myself hard enough.”

Keep an eye out for Mr. Willis at the next level. I have a feeling we’re going to be seeing plenty of highlights out of this guy throughout his college career wherever he decides to play.