One Suprise Team Among Those Still Interested In Odell Beckham Jr 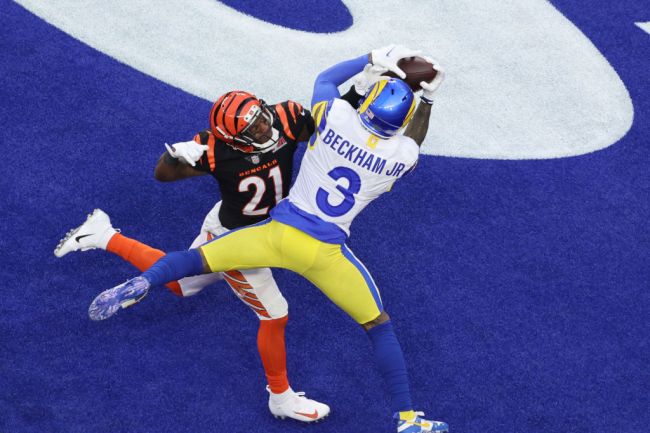 Nearly a month into NFL free agency, there are still some big names waiting to find new homes. Among those big names is Odell Beckham Jr.

Odell is coming off of a season where he looked rejuvenated spending the second half of the year with the Los Angeles Rams and helped them win a Super Bowl. Unfortunately, his season ended with him tearing his ACL in the Super Bowl.

That injury has made it difficult for him to find a new team, but according to USA Today’s Tyler Dragon, there are still teams interested in him. One of those teams is the Los Angeles Rams.

Rams free-agent wide receiver Odell Beckham Jr. is recovering well from his ACL injury, per source. He isn't expected to be ready for the start of the regular season, but there are multiple teams interested in him. A return to the Rams is also a possibility.

Odell Beckham Jr returning to the Rams would be a pretty shocking turn of events given the moves the team has already made. When the team signed Allen Robinson, that seemed to be the end of any chance of Odell returning to the squad.

From the Rams side of things, there just isn’t a reason to sign Odell at this point. They already have Cooper Kupp coming off of a season where he was the NFl’s leader in receptions, receiving yards, and receiving touchdowns. Now they have Allen Robinson as a very strong WR2. They also have Tyler Higbee at tight end and Van Jefferson at WR3.

It doesn’t leave much room for them to utilize Odell. There also isn’t much reason for Odell to join a team where he will be at best the 3rd option throughout the season. He would likely get more money and usage on a few other teams around the league.

Once Odell’s ACL is closer to fully healed, we should get a clearer picture of what his future holds.