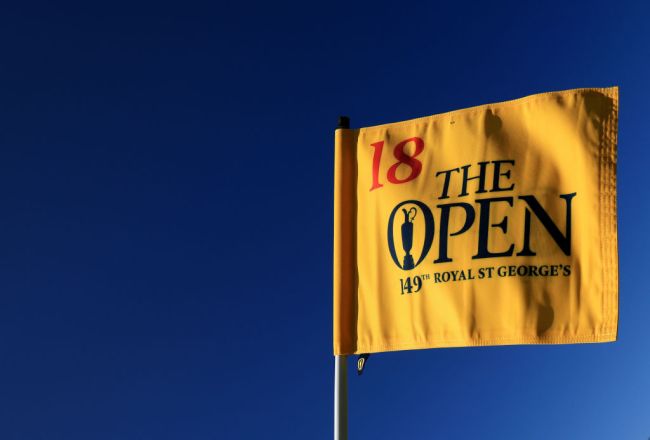 With The Open set to be played at Royal St. Georges July 15-18, the R&A has sent out a strict set of COVID-19 regulations, which some players don’t agree with.

According to Golfweek, some players are even considering skipping The Open altogether given how strict the regulations are.

One player who spoke under anonymity explained that he doesn’t understand the harsh regulations given how smoothly – all things considered – PGA Tour events have been run as of late. The PGA Tour doesn’t run The Open, however, the R&A does, and it’s taking things extremely seriously.

The anonymous player explained that even if a player is vaccinated and someone tests positive on the plane over, then the player is out of the field no matter what.

“If someone on your plane tests positive on way to the British and is sitting anywhere close to you, you’re out no questions asked, no matter if you’re vaccinated. It’s aggravating that they deem the tournament safe enough for 32,000 fans a day to attend, but won’t let a player’s wife, children travel and watch the tournament, nor will they even let players visit a restaurant without threat of disqualification.”

“They care more about the revenue of the fans buying beers than they do about the actual people participating in the tournament,” said the player who spoke with Golfweek. “Any fan can go to a grocery store or a restaurant and we can’t. Does that make sense? And I’m vaccinated. How does that make sense?”

That’s just the start of it, however. There is reportedly a four-person limit when it comes to private rental accommodations, which really throws a wrinkle into things for those that regularly travel with family, coaches, and others in their camp.

For example, multiple players or multiple caddies are not permitted to share private self accommodation,” the R&A email read. “We recognise this is difficult for many that used to share during the championship but the Government’s strict contact tracing requirements mean that this will not be possible in 2021.