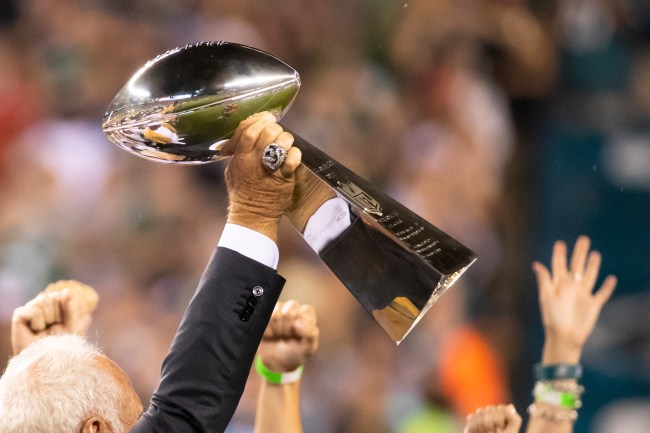 If you don’t have a dog in this year’s Super Bowl, you’re probably itching to get some skin in the game to enhance the game while you stuff yourself with so many beers and pigs in a blanket you’ll be forced to wear an elastic waistband until Valentine’s Day.

Many of you will infuse some electricity in your Super Bowl party by playing squares, a simple pool-based betting format that appeals to the amateur bettors and degenerates alike. For rules on how to play, click here.

Typically, squares are randomly assigned until all are filled, but some variations of the game let players bid for the best real estate. If that’s the case, the following information will be super helpful to you.

Last year, sports stat site Eldorado worked out your chances of winning with a certain final-score combination using various metrics including the impact of 2015, 2016, and 2017’s historically weird NFL scores (thanks to the NFL moving the extra-point kick back 13 yards), and each team’s win probability per FiveThirtyEight. 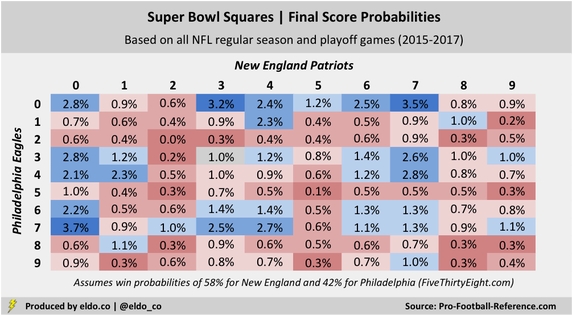 Super Bowl LII’s best final-score number combination is [Patriots 0, Eagles 7], followed closely by its inverse [Patriots 7, Eagles 0]. Thirty-two pairs give you an above-average (>1%) chance to win, and the top 12 pairs own over one-third of the board’s probabilities. The worst draw is a pair of twos, which has happened only three times in any regular season or playoff games in the Super Bowl era (since 1966).

The number 3’s and 4’s are pretty good numbers too. [via]

“5 or 9 start to say I’m not going to be ordering that extra pizza or going to the Bahamas,” Burn said.

The number 4 has won five of the last six Super Bowls, while almost 30 percent of final scores have involved the number zero.

The most advantageous combinations, according to a 2013 Harvard Sports analysis study (which does not take into account the lengthened extra point), are as follows: 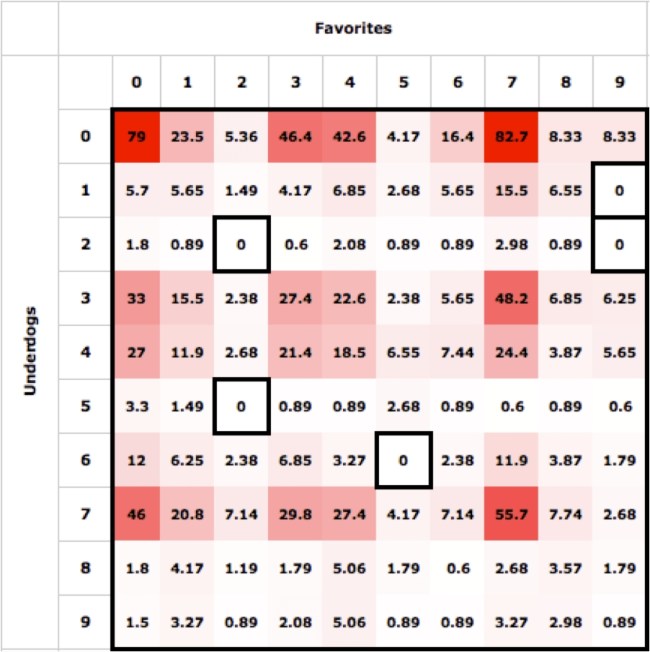 As the graphic shows, predicting favorite-digit-7 and underdog-digit-0 has been the optimal strategy, with an average payout of $82.74. Assuming each square costs the same amount ($10 in our case), there are only 24 squares that have yielded a profit on average. In fact, there are five squares whose scores have never materialized in any quarter of any game in our sample.

There you have it, bros. Maybe the only time you ever want to be a 0.