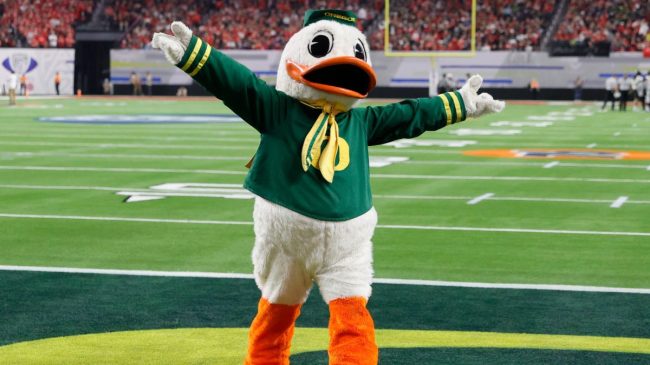 Things are changing fast in the world of college sports.

It was announced yesterday that USC and UCLA would be on their ways out of the PAC 12 and headed to the Big Ten. This comes just a short time after Oklahoma and Texas left the Big XII for the SEC.

Now, the PAC 12 and Big XII are left without their two biggest brands while the SEC and Big Ten continue to bring in revenue generators.

With the Trojans and Bruins gone, many fans are wondering what will happen to the PAC 12 and its remaining members. The conference responded to the moves in a statement on social media.

“While we are extremely surprised and disappointed by the news coming out of UCLA and USC today, we have a long and storied history in athletics, academics, and leadership in supporting student-athletes that we’re confident will continue to thrive and grow into the future. The Pac-12 is home to many of the world’s best universities, athletic programs and alumni, representing one of the most dynamic regions in the United States. We’ve long been known as the Conference of Champions, and we’re unwavering in our commitment to extend that title.”

They’ve also made it known their plans to explore all option in expansion.

While the league could look to add more programs for the future, they could also be in danger of losing other top schools. Oregon, in particular, is one that college sports fans are watching out for.

Could they follow USC and UCLA to the Big Ten? What if other conferences like the SEC, Big XII, or ACC come calling?

With the uncertainty surrounding a shaky PAC 12, fans are speculating about Oregon’s future. A recent post from the school’s mascot has raised even more questions.

The Oregon Duck has fans speculating the program’s future

The Oregon Duck sent out a cryptic message on social media that has fans wondering about the future.

things are bout to turn upside down pic.twitter.com/gl0TqPsCtf

It shows the duck sitting on a couch surrounded by waffles. But what does it mean??

It’s caused Twitter to launch conspiracy theories on what’s next for Oregon.

Is it the SEC? The southeast is known for their Waffle Houses.

– Puddles posts cryptic tweet getting cozy with waffles
– Waffle House is concentrated in the Southeast
– Oregon to SEC confirmed?? https://t.co/02ISavYnla

Of course, there are other theories as well.

A recent report says that the Big Ten is standing pat on expansion for the moment, as they wait out a decision from Notre Dame.

Sources: Oregon and Washington have been told by @bigten that it is standing pat for now. Waiting on a decision by Notre Dame.

We may not know Oregon’s future plans for some time, but I’m sure something is in the works. Whether or not the duck has any legitimate info is still up for debate.