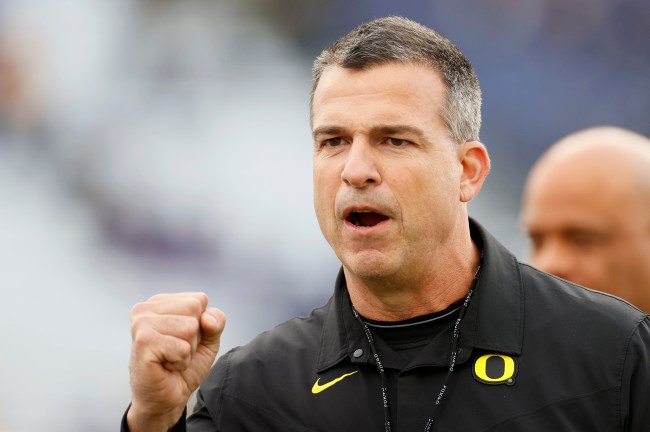 The Oregon Ducks have a chance to win their third consecutive Pac-12 title tonight, but that’s not all Mario Cristobal is going to have on his mind. He’ll also have a very difficult decision playing out in the back of his mind.

The Miami native and former Hurricane has had quite the career at Oregon. In his 3 full season as head coach of the Ducks, he has gone 2-1 in bowl games, won the Pac-12 championship twice, and has racked up a 35-11 record. The Ducks have even finished one season as the #5 team in the country under his leadership.

Now, Mario Cristobal is being tempted back to his hometown.

The University of Miami will reportedly try to lure Cristobal out of the Pacific Northwest after tonight’s game. The signing would be a big step toward rebuilding the big name program after they have hovered around .500 for 3 of the last 4 seasons and lost 4 consecutive bowl games.

In an effort to keep that from happening, it is reported that Oregon is reaching into their Nike-lined pockets to offer Cristobal a huge contract extension. The deal would be in line with what we’ve seen Lincoln Riley and Brian Kelly receive this week.

The allure of the good old days could be enough to tempt Cristobal, though. During his time as an offensive tackle at Miami, Cristobal was named to the all-conference team once and got to experience winning 2 national titles.

This decision can’t be an easy one for Cristobal who now has to decide between going home or sticking with the winning team he has already assembled.