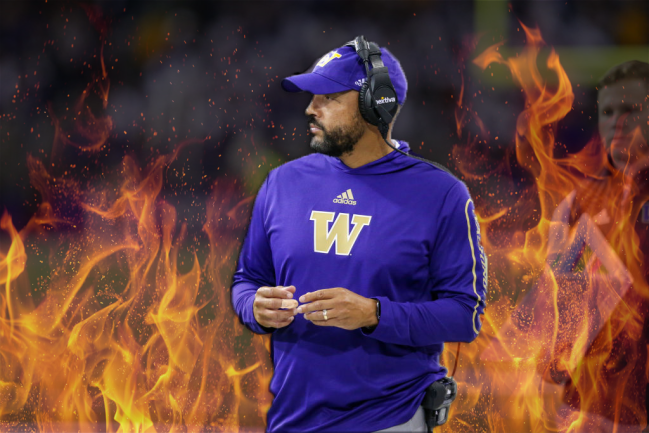 7 Oregon on Saturday. Leading up to the game, the two schools are in a nerd war over academics. Huskies head coach Jimmy Lake decided to trash talk, and the president of his opponent put him in a body bag with his response.

Here was his response:

“Our battles are really the schools we go against, that have academic prowess like the University of Washington — Notre Dame, Stanford, USC. We go with a lot of battles, toe to toe, all the way to the end, with those schools. So I think that’s made up and pumped up in [the media’s] world.

In our world, we battle more academically prowess teams.”

First of all, to say that “we battle more academically prowess teams” doesn’t make any sense. Second of all, Lake really put his foot in his mouth.

Here are the Pac-12 schools with better 2022 class rankings:

Although Washington might be an academically superior school (by less than 50 spots on US New & World Reports’ rankings), but he is objectively wrong about the fact that the Ducks are not a recruiting rival. In response, University of Oregon president Michael Schill fired back.

He complimented Washington on its president, and academic and football program and its former head coach Chris Petersen. He chose not to compliment Lake.

Savage move from Schill. Both teams will line up on the gridiron at 7:30pm ET on Saturday.