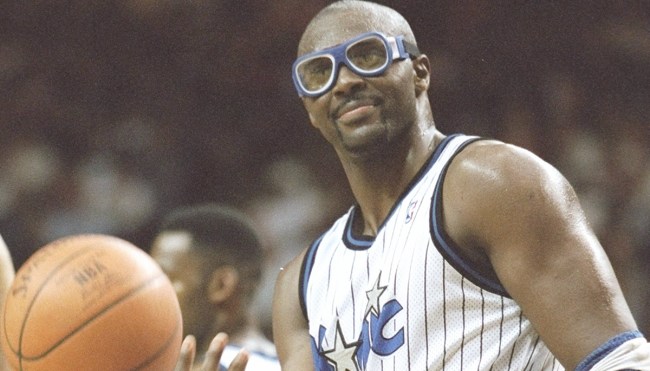 At some point in the 1980s, the world appeared to collectively agree that you couldn’t introduce a product or concept unless it was accompanied by a catchy theme song, a rule that applied to basically every sitcom and fast food menu to debut during the decade in addition to a wide variety of other realms.

Earlier this year, I found myself devoting far too many minutes of my life to a video of the ceremony that was held in Toronto to commemorate the opening of the Skydome in 1989, a two-hour extravaganza hosted by Alan Thicke that featured members of the city’s S.W.AT. team rappeling from the roof, motorcycle cops performing what can only be described as “vehicle ballet,” and so much more.

It turns out 1989 was a banner year for over-the-top inaugural events, as The Ringer‘s Kevin Clark recently managed to unearth a truly glorious video recorded at the first game the Orlando Magic ever played featuring an elaborate song-and-dance number centering around an anthem that was largely lost to time.

I feel that there is not enough appreciation of the original Orlando Magic theme song from 1989. Not from the fans, the team, the media. It’s mostly been erased from history. That changes today with this video I found of a live performance during the team’s first game. All-timer. pic.twitter.com/7vRAjJ0bnr

If that clip left you hungry for more, you’ll be glad to know a full version of the theme song—which features the lyrics “Abracadabra, razzmatazz, slam dunk sesame”—was posted to YouTube all the way back in 2009.

If you happen to have 12 minutes of your life that you couldn’t care less about getting back, you can watch the entirety of the Orlando ceremony as well.

After Clark’s video of the performance started to make the rounds, it caught the attention of the Magic themselves, and the team promised to play it during Saturday’s game against the Wizards if it managed to garner 1,000 retweets—a goal that was achieved almost immediately.

1000 RT and we’ll play this during tomorrow’s game https://t.co/WWjqHV3AG9

Say what you will about social media, but at least some people know how to use it for good instead of evil.