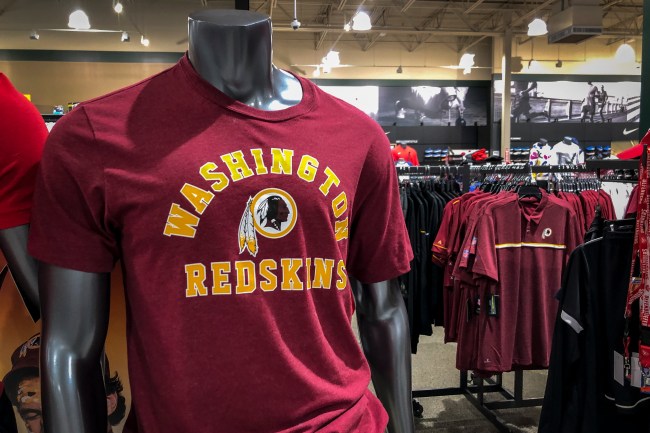 Every literate person knows the Redskins needed to change their name. The fact that it took this long is a joke. I realize I’m not technically a member of the offended party, but as someone who is extremely prone to sunburns and blushing, “red skin” has always struck a nerve. I’m more of a tawny, or perhaps a rust, depending on the light. But these are within the 50 shades of red family, and I’ll be happy to see that ridiculous name scrubbed from helmets, souvenir cups, and Ford F-150 license plates for good.

Naturally, the Redskins name change opens the floor for reconsidering the names of other sports franchises. In witnessing the speed with which culturally sensitive changes are happening, let’s take a guess at which current NFL teams will have different names by 2030.

Size queens are silenced in 2029 when the Coalition Of the Poorly-Endowed (COPE) men take to the streets in a massive show of micro-aggression. From there, any and all references to bigger being better are deemed triggerous, insensitive, and harmful.

Understandably, calling a group of people the “Browns” doesn’t fly in 2030. In an effort to be more inclusive, the Browns ownership settles upon the one “color” that includes every color on the visible spectrum. The resulting name, the Cleveland Whites, is unanimously voted down. “Worse than the original” and “might be the dumbest suggestion of all time” are heard among the board members.

2027 is a year marked by tragedy. Tom Hanks, Captain Phillips, and Johnny Depp all pass away from nautical incidents in the same week. Their fans petition for the equivalent of a jersey retirement by banning the one thing these three had in common: piracy. The Buccaneers agree; the Raiders could not be reached for comment.

By 2026, the world has gone wireless. iPhones are charged using the heat of your thigh, leading to pants with pocket fabric so thin that pocket handjobs are upgraded to 3rd base. With global warming showing no signs of slowing down, environmentalists set their sites on the NFL franchise. They place dismembered polar bear heads on the stoop of Roger Gooddell’s summer home in Maine, every night for a month. There’s no telling where they’re getting all these heads, but their message is received.

For years, the world celebrated Viking lore. With their blonde braids, massive foreheads, and medieval weaponry, Viking history was embraced and cherished by many. Until 2025, when a writer for some blog dedicated to unearthing old, toxic tweets reminded everyone that the Vikings were fond of pillaging, marauding, and defiling their enemies. Fans who stand by their beloved Minnesota team are seen as contributing to the problem. Lines are drawn, torches are lit, axes are sharpened. But in the end, the team capitulates.