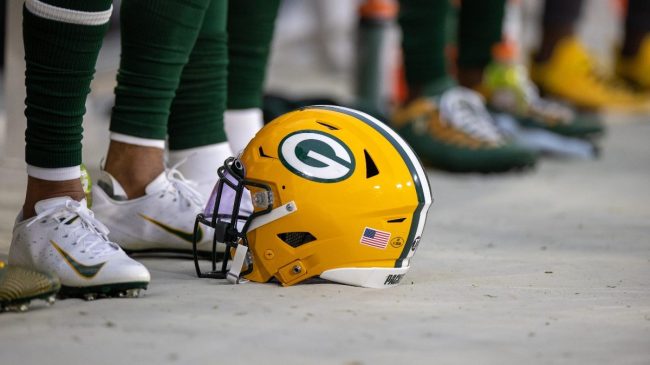 It’s no secret the Green Bay Packers are struggling right now. Nothing is going right as the offense can’t get rolling whatsoever. Many are looking at Aaron Rodgers to save the day, however, his struggles are hard to ignore. Now, teammate De’Vondre Campbell backs Jordan Love amid the disappointing season.

During an appearance on Clubhouse Live, a local Packers show, De’Vondre Campbell goes a bit above and beyond when discussing Jordan Love. After teammate Dallin Leavitt talks about being Love’s teammate in college, Campbell claims the young quarterback is “better than a lot of starting quarterbacks in the NFL.”

De’Vondre Campbell says Jordan Love is better than a lot of starting quarterbacks in the NFL. https://t.co/OlU5o0YLBe

It’s probably not a dig at Aaron Rodgers at all, but it’s hard to not think of him while De’Vondre Campbell hypes up Jordan Love. The Packers linebacker likes what he sees out of the young quarterback, which could bode well for the future. Meanwhile, the offense is looking horrific this season as Rodgers looks like a shell of his former self so far.

What makes Campbell’s comment so interesting though is that it kind of came out of nowhere, per Tyler Herrick. Take that how you will, but with everything going on in Green Bay, it’s hard not to speculate why the Packers linebacker felt the need to hype up Jordan Love.

For the “what’re they supposed to say?” crowd: Dre’s comment was unprompted. The conversation was about dallin’s time with love in Utah. Full video linked above.

Maybe Green Bay can turn things around and save the season, but they’re running out of time. As of now, it’s not looking good for the Packers and it could be a wild offseason for this franchise.