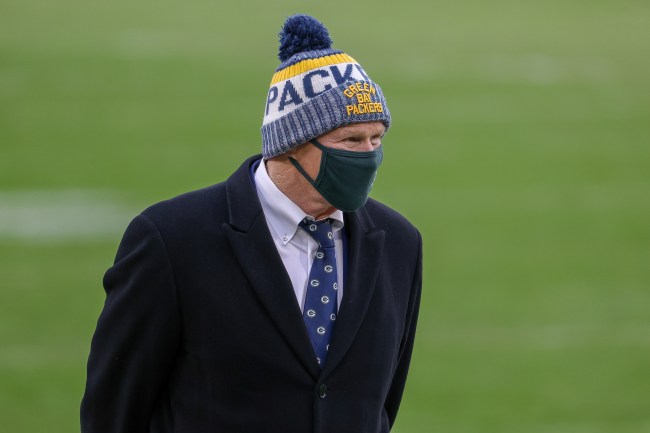 Packers president Mark Murphy addressed the Aaron Rodgers situation at an event at Lambeau Field on Thursday and fans were not happy with his comments about the QB.

While speaking the event, Murphy revealed that former Packers GM Ted Thompson, who drafted Rodgers and passed away earlier this year, considered Rodgers to be a “complicated fella.”

“I’m often reminded though… of Ted Thompson, as most of you know, just a great general manager, passed away (earlier this year),” Murphy said. “(Thompson) often talked about Aaron, that he’s a… and it wasn’t just Aaron, a lot of different players. He would say ‘He’s a complicated fella.'”

Fans were not happy with Murphy’s off-the-cuff remark considering it may drive Rodgers away from the team while he’s still angry about his situation in Green Bay.

This is the equivalent of someone trying to get back together with a girl, but deciding to speak ill of them publicly while desperately trying to repair things privately.

Mark Murphy has done some good things during his tenure as Packers CEO, but this moment with Rodgers does not lend itself to his strengths. It exposes one of his biggest weaknesses: Not knowing when to just shut the hell up.

Mark Murphy: “The less both sides say publicly the better.”

If the standoff b/w Rodgers and GB front office was a PR chess match, Mark Murphy lost the Queen on Thursday.

These threatened leaders in violent workplaces get scared of having artists where they’d prefer robots. This isn’t complicated, fella: @AaronRodgers12 has carried all your asses for 13 damn years. If you were half as good at your job as he is at his, respect would be simple. -Dan https://t.co/gVt06NDNr7