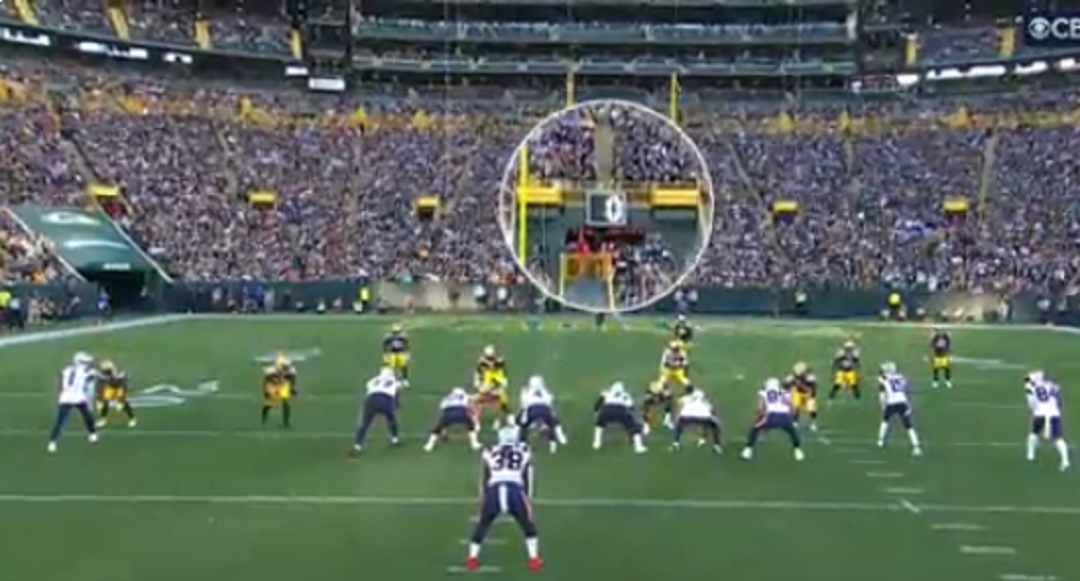 The Packers got screwed pretty badly on Sunday.

In the third quarter of the Packers-Patriots game, the Pats got away with an obvious delay of game penalty before rookie QB Bailey Zappe threw his first touchdown of his career. The touchdown helped the Pats take a 17-14 lead over the Packers.

A FULL 3 seconds after the play clock expired and no delay of game call.

lol the Patriots blanked the end of the play clock by at least two full seconds and got a free touchdown because of it pic.twitter.com/yHRlRd7nlw

The replay shows how obvious the missed call was by the refs.

Fans were not happy with the refs considering they had just called a delay of game on the play before.

how do the refs just call delay of game and then miss an even more blatant one on the very next play??