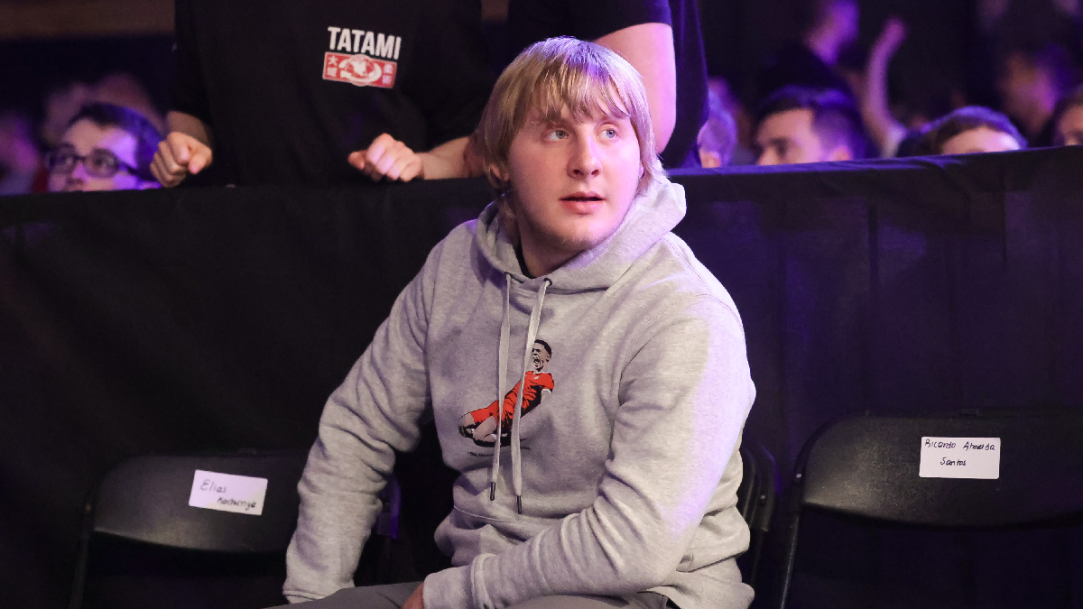 Jake Paul and Paddy ‘The Baddy’ Pimblett are two very busy individuals. Jake’s been jet-setting across the globe, fighting in Dubai, and training in Hawaii. And Paddy Pimblett is in Las Vegas this week ahead of his next UFC fight.

Jake Paul appears to be irked by the fact that Paddy has been questioning the legitimacy of Jake’s boxing matches. So Jake offered Paddy Pimblett $1 million to come to spar him and if Paddy wins, he gets the money. Jake issued the challenge on social media and Paddy responded shortly after:

Dear Paddy Pimblett, you claim my fights are rigged? Stop calling the GOAT Anderson Silva a criminal and come spar me.

You win, I give you $1 million. I win, you join the UFA. pic.twitter.com/jOFqcPdjnz

‘The Baddy’ says he’s obviously interested but the timing of Jake’s challenge is suspicious. Paddy said “of course (I’m interested), but I’m under contract by the UFC and Jake said this knowing full well I’m fighting next week, know what I mean? As if he does not know I’m fighting next week and he’s like, ‘I’ll fly you to Puerto Rico.’ Come to the PI next week. Come to the [UFC Performance Institute] next week and bring $1 million in a bag and I will spar with you.”

Pimblett went on to say “I don’t even think he’s a bad boxer. I think he’s a decent boxer now ’cause all he’s done is boxing in the past two years. I think he’d beat Tommy Fury. I know he wouldn’t beat me.” He then spoke directly at Jake Paul, adding “Lad, I’ve been doing this a lot longer than you mate. I’ve got more heart and determination and grit than you, and if we did get the fight done and I just focused on boxing for 3 to 6 months, I’d just punch him around the ring!”

So Paddy is willing to spar with Jake, just as long as the timing is right.

Paddy Pimblett is establishing himself as a rising UFC star. Fans love him. This video of Paddy ‘The Baddy’ fighting 10 US Marines at once has already been viewed 7.5 million times and counting.

So while $1 million right now to spar Jake Paul might seem like a ton of money, in the long run, it would be a poor business decision. There’s also the fact that Dana White seemingly hates Jake Paul and has banned him and his crew from UFC events. So this could just be a roundabout way for Jake to get under Dana White’s skin.

If you haven’t seen that video of Paddy Pimblett versus the US Marines, it’s worth a watch:

Jake Paul is a master self-promoter. It took a mere hour or two for Paddy to respond to Jake’s $1 million offer. But it seems unlikely this high-profile ‘sparring match’ will ever take place.