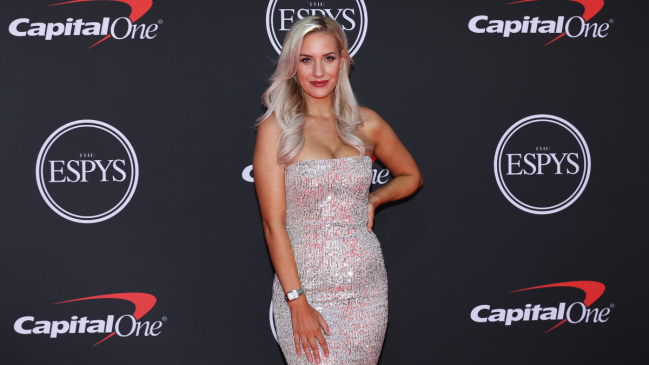 There are few influencers in the sports world with quite as much cache as golf influencer Paige Spiranac.

Spiranac helped lead San Diego State to its first Mountain West Conference Championship in 2015 before trying her hand on the LPGA Tour.

She since transitioned to influencer marketing and was named No. 1 on the Maxim Hot 100 list in 2022. But the world of golf is notoriously stuffy and not everyone is always receptive to Spiranac’s sometimes risqué social media posts.

Take, for instance, the country club Spiranac played at recently. According to Spiranac, the club allowed her to shoot content for social media on their course, only to reverse course.

Spiranac was shooting one of her regular “play a hole with me” videos for her Instagram Paige. Normally, she walks followers through the hole and tells them a bit about the course. This course, however, was different.

“Hello everyone. It’s time to play a hole with me today,: she began. “And unfortunately, I can’t tell you the name of the golf course or the golf hole because they don’t want me to. They originally reached out and said they love my content. They love what I’m doing for the game of golf, and they would love to host me. But I was hesitant, because I know how most middle tier country clubs can be. Most of the members have this elitist attitude and I know that my dress code can be a sore point for a lot of people. But I’m always respectful, so I asked them if my outfit was okay and they watched me shoot every single piece of content.

“There were no problems until after I posted one of my videos and they said ‘hey, we know we asked for tags, but you’re gonna have to remove all tags. We don’t want you to be associated with our golf course.’  I actually prefer public golf courses because I find the people nicer and the environment more welcoming. Golf is all about trying to enjoy this bizarre game with even better company. I think we all need to do a better job of taking ourselves a little bit less serious and having a little bit more fun.”

Spiranac is certainly a point of controversy in the game of golf. But inviting her to your course and then backtracking is just an all-time lame move.

If you’re trying to grow the game, that’s not the way to do it.