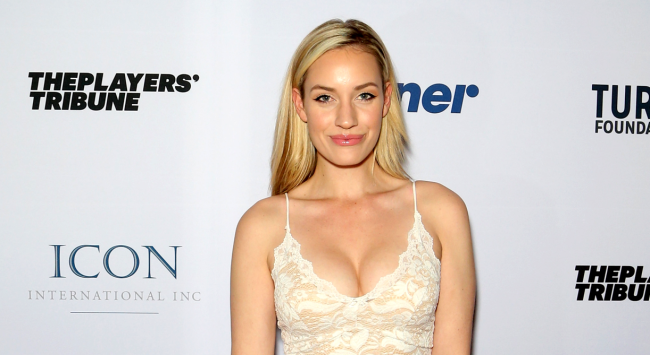 Popular golf influencer Paige Spiranac did a brief new Q&A this week where she revealed her practice routine and shared the best and worst golf shots she’s every hit.

“When I played junior golf and pro golf I had the same routine,” Spiranac told BetSperts.com. “I never took any days off. I would do two-a-days. I was home-schooled so I was able to make golf a priority. Fun fact I was ranked in the top 20 in the world as a junior golfer.

“I would spend an hour on short game, two hours on putting, and hit two jumbo buckets of golf balls in the morning. Yes, they were called jumbo,” she continued. “In the afternoon I would do short game and wedges for about two hours and then play nine or 18 if possible. I didn’t play as much as I should’ve. That’s one thing I learned and would do differently if I could. Spend less time trying to get the perfect swing and focus more on scoring.”

Little Q&A on my practice routine plus my best and worst golf shots I’ve ever hit. Click here to read-https://t.co/nhQCQRuj0m pic.twitter.com/BhIRy16Isr

“My practice routine now is non-existent” Spiranac admitted. “I have no desire to practice because I did it full out for so long. Now I just play for fun with friends. If I need to get my game back in shape for an event I will practice a ton of short game and wedges. That’s where you score and it actually helps your full swing.”

Spiranac also admitted that the worst golf shot she ever hit was her very first tee shot in a first professional tournament in Dubai for a Ladies European Tour event.

“I have never seen so many cameras before and they were all there to capture my first shot,” she recalled. “I completely snap-hooked the ball. It went about 10 yards straight but took a 90-degree turn to the left. Dead silence on the tee after that shot. It was mortifying.”

Ranked the clubs in my bag from least favorite to favorite here-https://t.co/kXw0QTuIu8 What’s your favorite golf club to hit? pic.twitter.com/D8Zdei1I5d

Related: Paige Spiranac Got Dressed Up For Halloween And Ranked The ‘Scariest’ Athletes Of All Time

“It’s not what you’d expect,” she said. “To get my first professional win I had to par the last hole to get into a playoff. I hit it in the green side bunker and was virtually dead. It was this downhill bunker shot to this short-sided pin. I hit the absolute perfect bunker shot to 3 feet and made the putt to get into the playoff. Ended up winning on the first hole.”