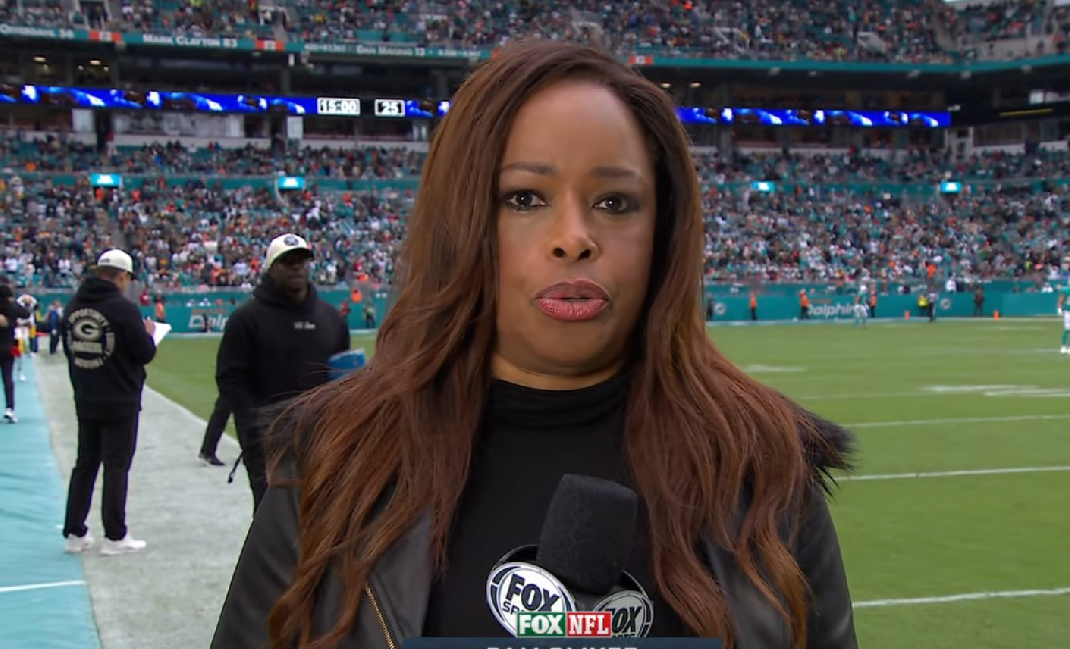 On Sunday, Oliver was heard slurring her words while giving an injury report during the game.

Oliver’s speech appeared to get worse later in the game.

I’ve got one more to add to the injury report – Pam Oliver, drunk#GBvsMIA

It didn’t take long for fans to worry about Oliver’s condition.

Pam Oliver is slurring like CRAZY. If she isn’t impaired, she should see a doctor. #NFL #MerryChristmas

Is Pam Oliver having a stroke? WTH ? #pamoliver

Came to Twitter to see if my Pam Oliver thoughts were valid. Indeed. Hope she's okay.

Did anyone hear that injury update from Pam Oliver? She's either having a stroke or girl is like super drunk…🤣🤣🤣

Is something wrong with Pam Oliver? She sounds like a drunk robot.