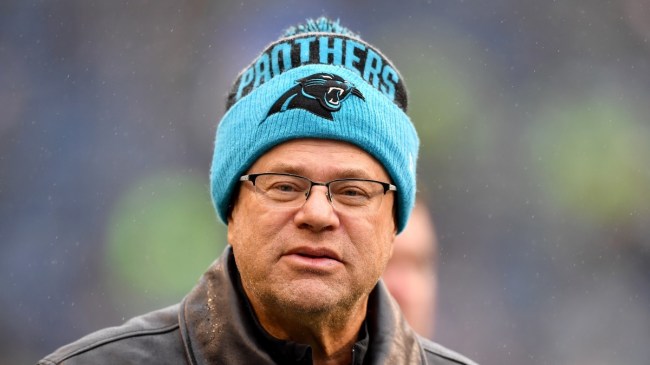 Carolina Panthers owner David Tepper was supposed to revitalize the franchise after scandals at the end of the Jerry Richardson tenure.

After all, Tepper is rolling in money. The hedge fund manager is one of the richest guys in the world. And, he loves football, having grown up in the shadows of Three Rivers Stadium in Pittsburgh during their glory days.

But, all Panthers fans have got is mediocrity. Tepper cast his lots with coach Matt Rhule as his first big offer. That didn’t work out, to say the least. Rhule went 11-27 in two-and-a-half seasons there, leading to his firing by the Panthers. He’s recently been hired by Nebraska.

So, the team needs a new coach now, and they’re in the midst of a search. But, they’re in deep trouble for how it’s going.

Sources tell @CBSSports the Carolina Panthers had been in violation of league rules related to their head coach search. At issue: Nicole Tepper did not complete mandatory inclusive hiring training before the team’s search began. https://t.co/8xOTcJKefS

Here are some more details, courtesy of that article.

As of Tuesday evening, the Carolina Panthers had been in violation of NFL rules regarding their search for a permanent head coach, multiple sources tell CBS Sports.

A league executive called the Panthers on Wednesday morning to remind the team that all members of its search committee were to complete the mandatory inclusive hiring training before beginning the search, which has now seen five coaching candidates be interviewed.

According to sources, Nicole Tepper, wife of Panthers owner David Tepper and Chief Administrative Officer of Tepper Sports & Entertainment, had not fulfilled the required inclusive hiring training necessary for her to take part in the interviews as of Tuesday night.

Seems like something they could quickly resolve. But, it does reflect poorly on a franchise that can’t seem to get out of their way. The Panthers pick 9th in the upcoming NFL draft.