The Panthers Are Listening To Offers For Christian McCaffrey, Here’s What It Would Take To Trade Him Away 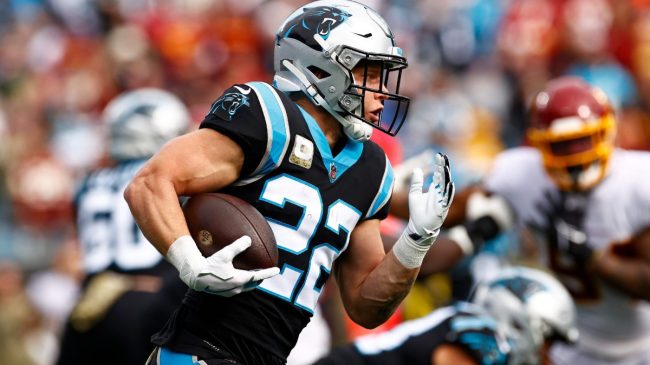 Christian McCaffrey has been the most productive running back in the league since being drafted in the first round in 2018.

The fifth-year player is a dual threat out of the backfield that can hurt opposing defenses in both the rushing game and passing attack. He’s just two seasons removed from leading the NFL in all-purpose yards and total touchdowns.

Unfortunately, he’s been unable to stay on the field for much of the past two years.

McCaffrey has missed a combined 23 games over the last two seasons, seeing the field in just 10 contests. Last year, he was injured twice, resulting in just seven appearances for the talented rusher.

Now, it appears that the Panthers are open to shopping the oft injured back despite his immense potential on the gridiron.

Carolina is reportedly listening to offers, but just how much will it take for a team to land the All-Pro runner?

Carolina is open to fielding calls for their star player, and apparently, McCaffrey has become a hot commodity.

The Panthers have gotten a number of inquiries, but they’re seeking a very specific package in return for a deal.

What team could use Christian McCaffrey's services the most? pic.twitter.com/szTIqqMHos

The team is asking for a first-round pick plus another player, preferably one without a huge salary cap number.

At just 25 years of age, McCaffrey could wind up being a steal for an organization open to dealing a future top pick. But with his injury history, Carolina may not be able to get what they’re asking for.