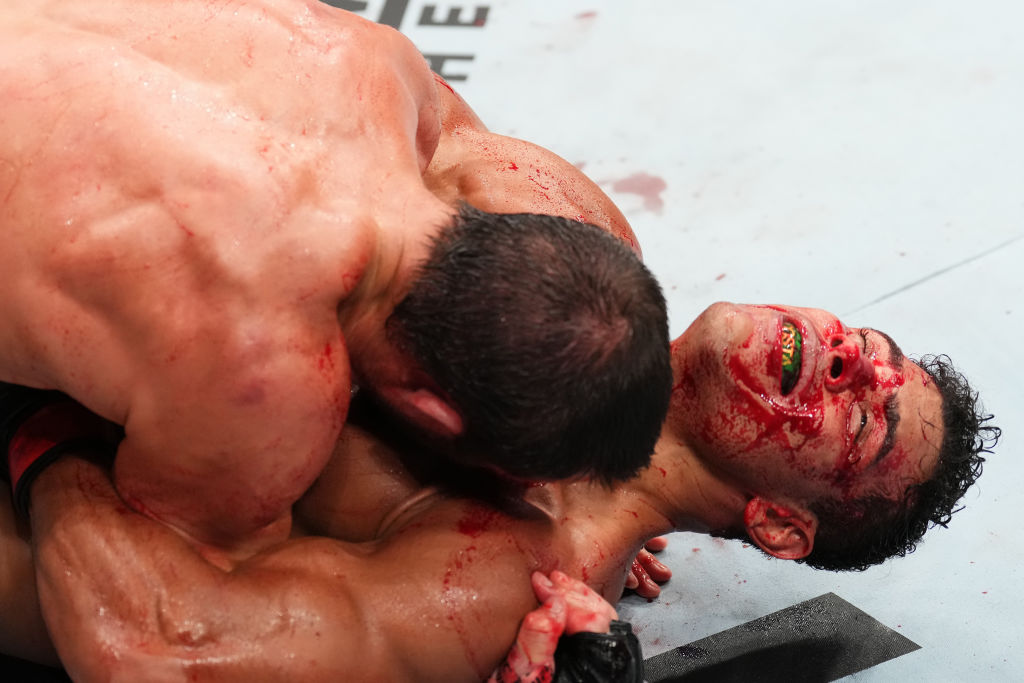 Luke Rockhold may have retired after his UFC 278 loss, but he ended up giving us one of the craziest images in the sport’s history on his way out.

In the third round of his fight against Paolo Costa, a bloody Rockhold was able to take the top position on the ground and proceeded to rub his face full of blood all over his opponent.

Costa was asked about Rockhold’s move after the fight and called it a “very weird moment.

“I didn’t see it in the moment of the fight,” Costa said at the post-fight press conference for Saturday’s pay-per-view event. “I just felt something on my face, but I was so worried about blocking his arms to not get elbowed in the face and punched. But I felt something.

. I don’t know why Luke did that. Maybe he was so frustrated and angry because he was losing the fight. But I took a very long shower after the fight.”