Pat McAfee Reportedly Signs Massive $30 Million/Year Deal With FanDuel, Will Make Twice As Much Money In One Year Than He Did During NFL Career 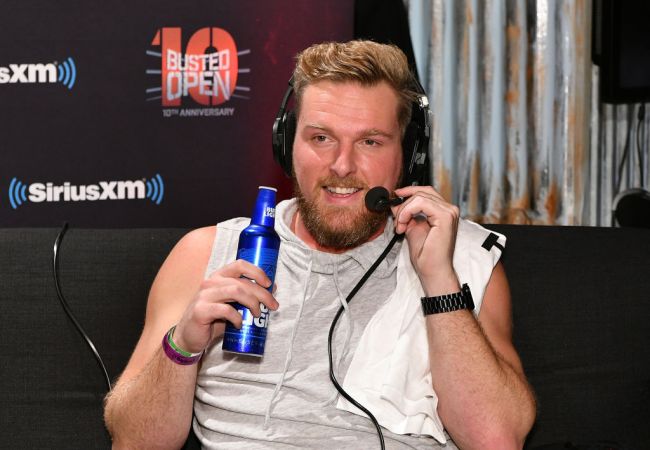 Pat McAfee bet on himself, and it paid off.

Back in 2017, McAfee was criticized by many, including ESPN’s Michael Wilbon for deciding to abruptly retire from the NFL to become a sports personality.

On @PTI, @RealMikeWilbon rips @PatMcAfeeShow for walking away from the NFL & following comedy/media passion with @barstoolsports. Terrible. pic.twitter.com/XVIDieMoaX

Wilbon couldn’t have been more wrong because it was recently revealed that McAfee had signed a massive 4-year deal with FanDuel that will make him one of the highest-paid sports personalities in the country.

Sources: The Pat McAfee Show and FanDuel have agreed to terms on a new deal, ensuring that FanDuel continues to be the exclusive sports book of the show. It’s a 4-year, massive deal that includes an opt-out after three years. 💰💰💰

According to The Athletic’s Shams Charania, McAfee will be making $30 million per year with FanDuel.

McAfee will now be earning twice as much money in one year as a sports personality than he did during his entire playing career.

He literally making double what he made in his NFL career per year holy fuck pic.twitter.com/7JuhNQWDCX

Pat McAfee left millions of dollars on the table when he retired from the NFL.

He wanted to start creating content & people thought he was insane.

Now, just 4 years later, he has signed a ~$120 million deal with FanDuel, or roughly 8x what he made in the NFL.