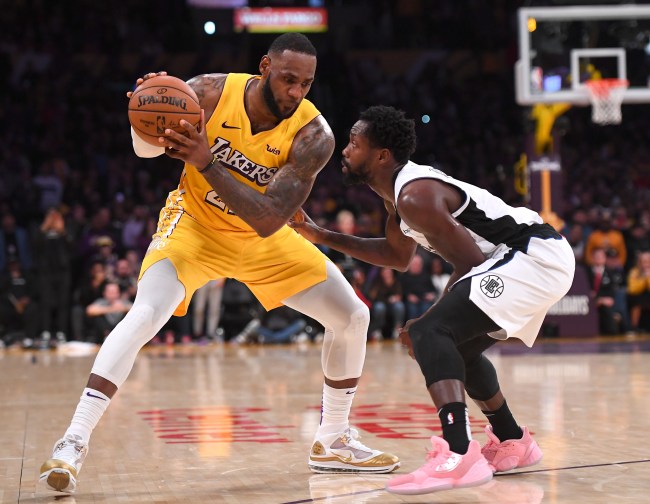 Over the weekend, a large contingent of NBA players voiced their concerns about finishing the NBA season in Orlando amidst a pandemic and nationwide protests against police brutality.

LeBron James, however, has insisted that he wants the NBA season to resume because he feels that’s the best way he can use his platform to call for change.

Despite the fact that several players have come forward to advocate to cancel the season, Clippers guard Patrick Beverley implied that the only opinion that matters to the league is that of LeBron James.

The Internet believes Beverley was taking a shot at LeBron with his tweet.

Pat Bev knows what he’s doing with that tweet.

Nothing about Patrick Beverley’s history tells me that tweet had anything positive to do with LeBron.

So the NBA is coming back confirmed and Pat Bev is upset. Pat Bev is throwing shade because he doesn’t want to hoop, but LBJ holds all the power with the league. Translated that for you

This is a clown tweet. Tryna shade LeBron when he has been the most active and most vocal guy in the league for years is hilarious. Dont forget in 2016 Pat Bev said he wouldnt protest during the anthem https://t.co/pKBtO10Wgw

Pat Bev said Bron ain't really down with the movement

Pat Bev is ultimate competitor. But that doesn’t mean human rights have to come before basketball for him. He feels he can be most impactful right now without basketball. Others feel the same way. These guys are not “soft” or “uncompetitive” for feeling this way. https://t.co/j9r9OtFIiw pic.twitter.com/ZvRfBR4gtX