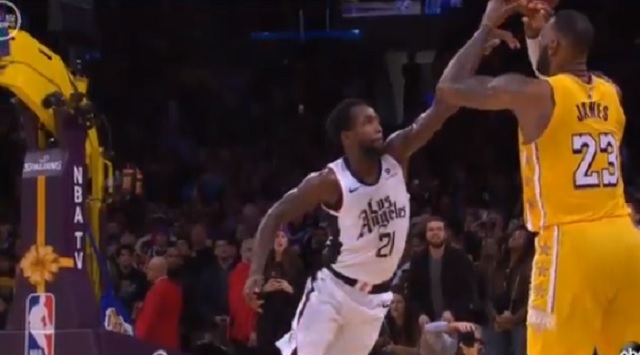 Pat Beverley made a huge play against LeBron James late in the Lakers-Clippers Christmas day game and he wanted to let everyone know about it.

With six seconds left in the game, Beverley was able to knock the ball out LeBron’s hands while the two were squared up at the three point line.

While the refs initially gave the ball to the Lakers the call was later reversed when it was clear the ball went off LeBron’s fingertips.

Beverley couldn’t contain himself and mocked LeBron by impersonating him on the sidelines.

Pat Beverley impersonating LeBron is on a different level

Beverley could be heard yelling “I’m fucking different” on the court after the play.