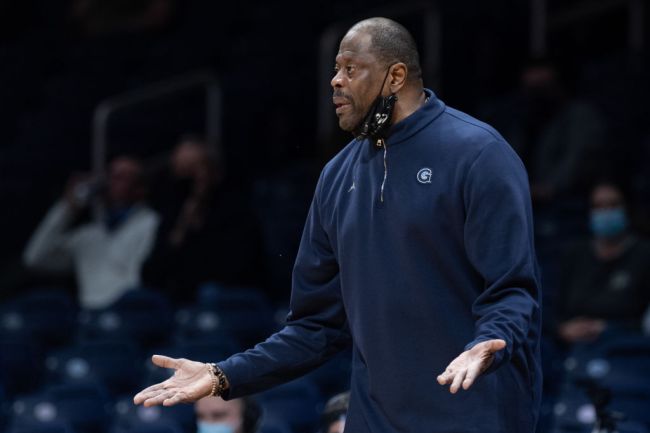 When most people think Knicks, they think Patrick Ewing. The Hall-of-Famer owns practically every franchise record and has his No. 33 jersey hanging up in the rafters at Madison Square Garden. Not everyone at The Garden knows who he is though, apparently.

Speaking during a press conference at the Big East Tournament being held at MSG, the Georgetown head coach told reporters that he’s being stopped by security all over the arena.

“Is my number in the rafters or what?”

"Is this Madison Square Garden? I'm going to have to call Mr. Dolan and say geez is my number in the rafters or what?"

An MSG Entertainment spokesman shared a statement regarding Ewing being stopped by security:

“Jim [Dolan] and Patrick have a long-standing relationship; they spoke this afternoon and reaffirmed that. We all know, respect and appreciate what he means to The Garden and New York. Good luck to him and his Hoyas in the Big East semi-finals.”

Ewing is 58-years-old now and his jersey was retired back in 2003, so maybe some of the younger personnel working inside the building don’t have a clue who he is, but that’s pretty unacceptable given the performances he’s put in inside that building.

Then again, this is MSG we’re talking about, home of the Knicks. It should come as a surprise to absolutely nobody that some of the employees don’t know, and probably don’t care, who the hell Ewing is.