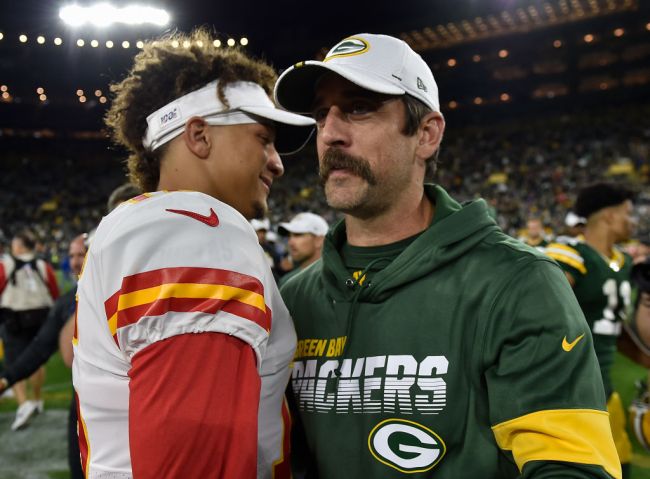 The Green Bay Packers and Aaron Rodgers have some serious issues going into the season and Patrick Mahomes has an idea on why things went south between the two.

While speaking to the media on Sunday, Mahomes was asked about the falling out between Rodgers and the Packers and how the Chiefs could avoid having a similar situation with him in the future.

Mahomes was asked about Rodgers and the Packers situation and how he can prevent that with him and the Chiefs:

"Aaron has played a long time for that organization and at some point they lost that communication factor. I think that’s where the disconnect just kind of happened." pic.twitter.com/KVPgmAXuHV

“So, for me and the Chiefs, I feel like if we just keep this open line of communication like we have, from top-down and the team to the coaches to Brett Veach to Clark Hunt, I think there will never be a problem. I think it just comes with the culture that we’ve built here of communicating with each other and respecting each other as people.”

For the past few months Rodgers has reportedly been angry with the Packers front office, specifically GM Brian Gutekunst, for trying to replace him with QB Jordan Love.

It’s unclear if the situation in Green Bay will be resolved before the start of the season but it’s not looking good at the moment.