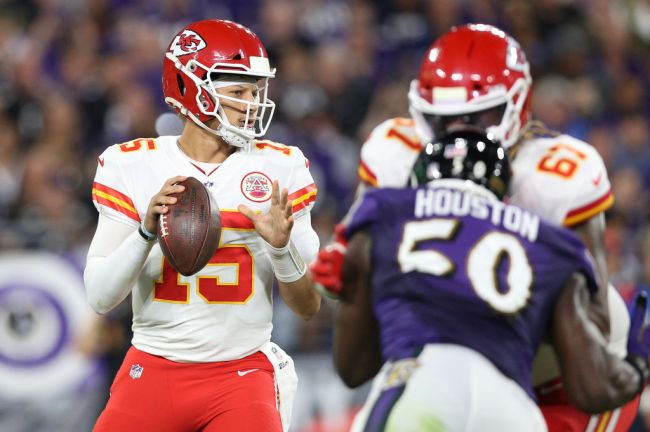 Jackson Mahomes, brother of Chiefs star Patrick Mahomes appeared to get into it an altercation with a Ravens fam during the Chiefs’ game at M&T Bank Stadium on Sunday.

The video shows Jackson pouring water from his suite on a Ravens fan who was heckling him after the Chiefs’ loss on Sunday Night Football .

Jackson Mahomes is a huge TikTok star and probably gets heckled whenever he goes to Chiefs’ away games. In Jackson’s defense we’re not sure what the heckling Ravens fans yelled at him before the start of the video, but it’s still not a good look for him to throw water at anyone.