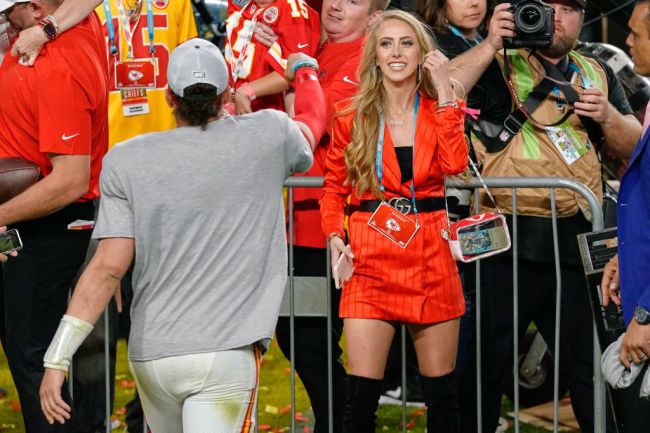 Patrick Mahomes’ fiancée Brittany Matthews is firing back after receiving a ton of backlash for her celebration on Sunday.

After this weekend’s Bills-Chiefs game, Matthews celebrated the team’s big win by spraying fans seated underneath her at Arrowhead stadium with champagne.

Matthews instantly received hate from fans who were angry at her for spraying unsuspecting fans with liquor.

The ramifications of your actions:

Matthews saw the backlash and doesn’t understand why people constantly bash her.

I just wish I could do what I want without getting attacked every week.