Patrick Mahomes, Odell Beckham Jr. And Others Demand The NFL To Admit They Wrong For Silencing Colin Kaepernick From Peacefully Protesting During Anthem 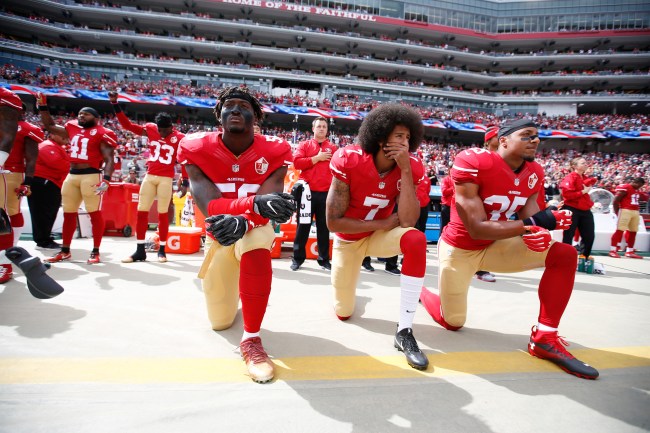 Follow the death of George Floyd at the hands of Minneapolis police officer at hands of Derek Chauvin and the subsequent outrage that has taken place over police brutality across the country, the NFL has tried to show support for the Black Lives Matter movement on social media but players aren’t having it.

On Thursday the NFL released several posts detailing their plans to help fight systemic racism through their “Inspire Change” campaign.

This is a time of self-reflection for all – the NFL is no exception. We stand with the black community because Black Lives Matter. pic.twitter.com/RtIdcEhj5w

Through Inspire Change, the NFL, Players and our partners have supported programs and initiatives throughout the country to address systemic racism. We will continue using our platform to challenge the injustice around us.

To date we have donated $44 million to support hundreds of worthy organizations. This year, we are committing an additional $20 million to these causes and we will accelerate efforts to highlight their critical work.

We know that we can and need to do more.

The NFL’s statement wasn’t enough for several prominent players including Patrick Mahomes, Saquon Barkley and Odell Beckham Jr. who released a video on Thursday demanding the league to denounce systemic racism, admit they were wrong for silencing peaceful protests during games and state its belief that Black lives matter.

Despite the video, it’s very unlikely the NFL will ever publicly admit they were wrong for attempting to silence peaceful protests during the anthem