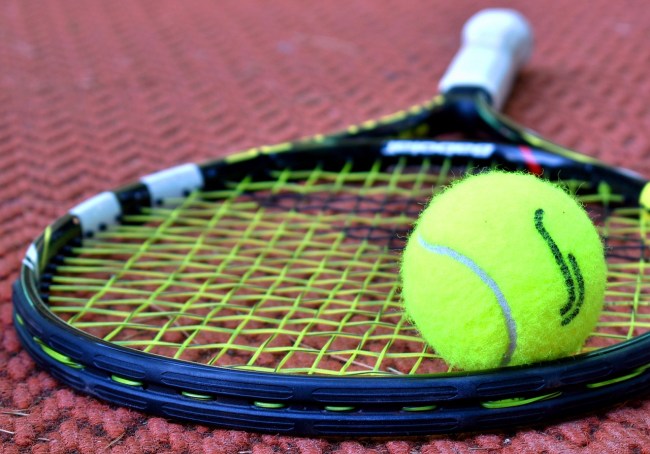 Patrick Mouratoglou founded the Mouratoglou Tennis Academy back in 1996 and he’s coached many top athletes throughout the years. He has been coaching Serena Williams since 2012 and is also the current coach of Coco Gauff. He’s overseen 10 Major Championships from his pupils and in a post-coronavirus world, he’s now saying the sport will never be the.

Mouratoglou recently spoke with CNBC about the challenges the sport of tennis faces going forward and he discussed how the business of professional tennis, just like most global business, has been potentially gutted and altered as we knew it. He also discusses how the stuffiness surrounding tennis has put tennis in a ‘difficult situation’ for several years.

He believes the code of conduct has stripped the sport of outspoken top athletes who bring in the attention of fans. During the sport’s heyday, it was all about superstars who were loud and wore their emotions on their sleeves but these days players aren’t able to share the slightest bit of emotion on the court.

He’s launching a new professional tennis league, the Ultimate Tennis Showdown (UTS), which he believes will bring in a younger generation of fans to the sport of tennis and revitalize it on a global scale:

The founder of the Mouratoglou Academy said he felt tennis had been in “a difficult situation” for several years due to the demographic of fans.
“I know it doesn’t look like that because we have unbelievable champions, we have great tournaments, but if you look more in detail, you realize that the average age of the tennis fan is 61 years old, which is quite old for a sport,” he said.
“We are literally living on the fan base that has been created in the 70s and the 80s,” he added.

The influential coach says the success of the sport in that era was due to the amount of emotion players shared. He said today’s strict code of conduct means many players all have the same attitude and are difficult to identify on court.
“The reason why people watch sport is to feel something. They want to feel emotions. So if the players don’t give emotions, it’s more difficult to get into it,” he said. (via CNBC)

On the surface, I get what he’s saying. We rarely see a ton of personality from the athletes on the court but it’s not as if they are silent away from the court. The new UTS will begin on June 13th and be spread across five weekends. It will be faster-paced than the tennis we’re used to seeing on TV but it remains to be seen if anyone will watch without the sport’s biggest names attached.

As for the business of tennis struggling along with the rest of the world, here’s what he had to say:

Mouratoglou said players were struggling to stay motivated because they don’t know when they will be able to play official matches again.

“It’s an extremely difficult period. What we know is that probably the face of tennis post Covid-19 will not be the same anymore. The economic crisis probably is going to strike us really hard. All the business in general, but also the tennis business,” he said. (via CNBC)

If you’re interested in watching the Ultimate Tennis Showdown (UTS) events you can visit their website to watch the matches live starting this weekend. For me, without this being broadcast on TV, it’s just not something I can see myself going out of my way to watch. I’d need to set a reminder of when the matches are, fire up my computer or smart TV, and visit some website I’m not familiar with. There are just too many steps here for me when it’s something I haven’t really been given a reason to care about yet.