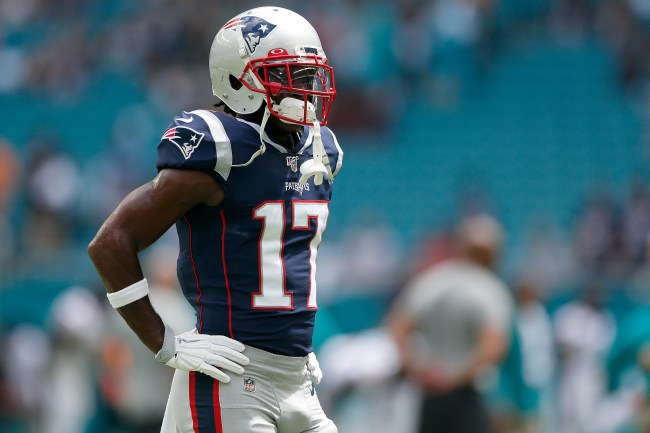 Patriots fans don’t appear to be happy with SI reporter Robert Klemko for outing Antonio Brown’s latest transgressions that got him kicked off the team.

Earlier this week, Klemko spoke to a woman who accused Brown of sexual misconduct back in 2017 when he hired her to paint a mural for him. After the story ran, Brown included the woman in a group text chat with his associates where he asks them to find info on her.

The texts were made public by Klemko.

Apparently, the texts made Pats owner Robert Kraft so angry that he decided to release Brown from the team while he was away on a business trip.

How Robert Kraft and Bill Belichick arrived at decision to cut Antonio Brown – Kraft, who was on a business trip, became enraged Friday when he heard the details of Brown’s most recently reported incident of text messaging a former female acquaintance. https://t.co/4My770SO8g

After Brown was cut from the team several Pats fans sent Klemko harassing messages in his Twitter DMs. 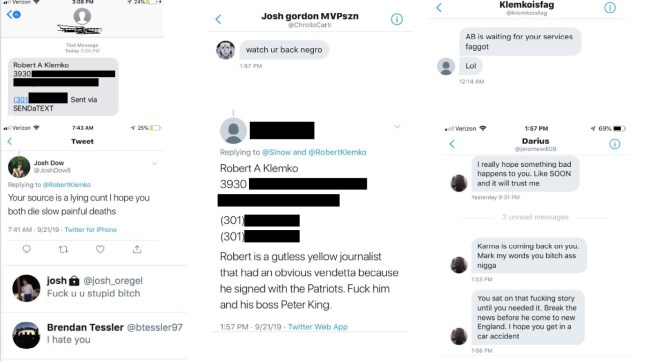 This is what happens when teams don't forthrightly address these issues. It implicitly requires fans to "defend" those teams, and find a justification for whatever has happened. Often means blaming women, or the media. https://t.co/yyXe3cGTAg