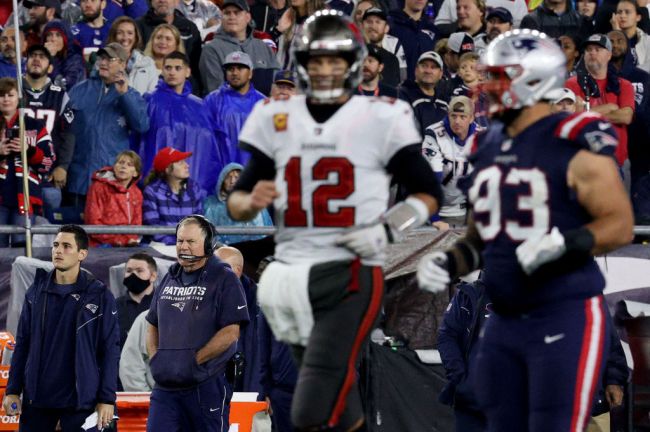 Tom Brady has officially retired from the NFL and made a jarring omission in his thank you post.

On Tuesday morning, Brady announced his retirement on social media and thanked the Bucs, the city of Tampa Bay, and their fans. 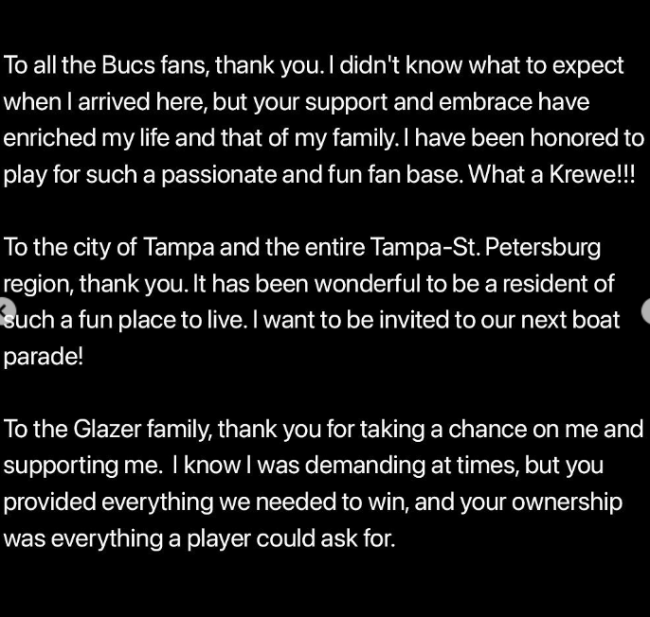 Patriots fans were not happy that they were excluded from his retirement post, considering they rooted for him most of his career.

Tom Brady used a picture with the #Bucs uniform and in a 700-word post didn't mention Bill Belichick's #Patriots once. pic.twitter.com/1zFbYzD2Cg

Not a single mention of the patriots in his retirement post. Spicy

Tom Brady doesn’t mention the @Patriots or the New England fans, who defended him through his scandals, at all in his retirement speech.
What an ass!!

Brady retires with a 9-part Instagram post that never mentions the Patriots, Belichick or the Krafts. INTERESTING.https://t.co/81P74w9SMt

Not seeing any Patriots talk in the Brady retirement posts…

Tom Brady’s retirement post doesn’t sit right with me. You were a patriot for most of your career where is our part of your speech.

Really happy for Brady in his decision, but the Patriots fan in me is heartbroken we didn’t get a mention in his retirement post 😢

Me after reading all 9 pages of Tom Brady’s retirement post and seeing no mention of the Patriots pic.twitter.com/70KW4bztIK

Was reading through the Brady retirement statement waiting for a few paragraphs of love for the Patriots. Kept reading. Kept reading. Nothing. Kind of wild.

Not gonna lie, it kinda sucks that Brady didn’t mention the Patriots once in his retirement post

It's wild to think of the NFL without Tom Brady, but I'm also low-key salty he didn't mention Patriots whatsoever in his announcement. I totally get it and maybe there's a chance he's retiring AS a Patriot and that's why. ;D Either way, what a fucking legend! 🐐🐐 #ForeverNE