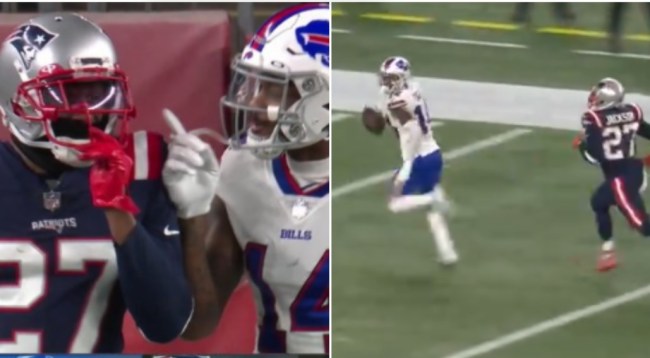 If you’re a defensive back it’s probably not a good idea to talk trash to Bills’ Stefon Diggs considering he’s one of the top wide receivers in the league.

In the second quarter of Monday Night’s Bill-Patriots game, Patriots cornerback JC Jackson decided to talk some smack to Diggs after breaking up a play in the end zone.

Later in the game, Diggs was able to torch Jackson for a 50-yard TD and let him know about it.

How it started vs how it’s going Diggs vs Jackson #BillsMafia pic.twitter.com/wb9RuP4FYH

Stefon Diggs is a savage pic.twitter.com/2X5clpFAPX