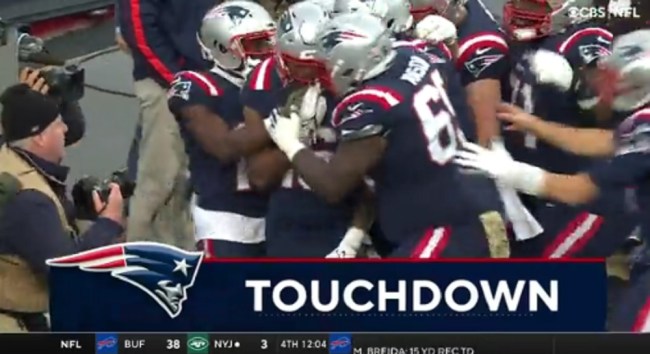 During the fourth quarter of the Pats-Browns game, Meyers caught his first career TD pass after 38 games in the NFL.

Meyers’ TD catch is notable considering he had the most receptions and receiving yards without a TD in NFL history going into Sunday’s game.

Finally! #Patriots WR Jakobi Meyers just caught his first career NFL touchdown. Coming into today, Meyers had the most receptions (134) and receiving yards (1,500+) for a WR in NFL history without a TD catch.

He even threw *two* TD passes before ever catching one.

Jakobi Meyers caught the first TD pass of his career today, in his 39th NFL game

He's the first player in our database to have at least 150+ targets in his first 38 NFL games, but fail to score a receiving TD https://t.co/WrF1Tcz0ox pic.twitter.com/xBiOTadYmy