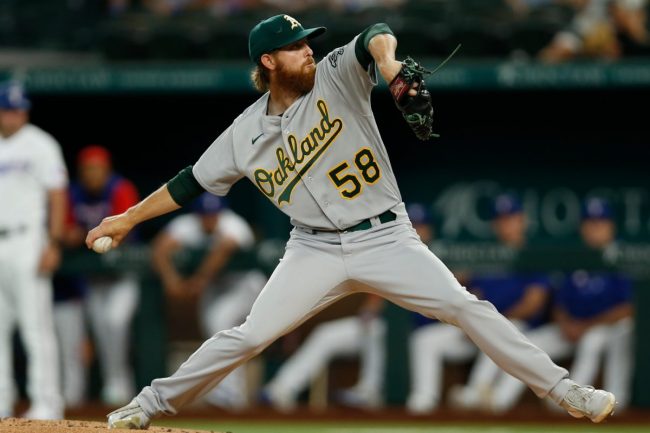 In an odd series of events, A’s All-Star Paul Blackburn actually hopped on a flight to the Midsummer Classic with a rival team. The pitcher traveled with AL West foe Houston on his way to Los Angeles after the club heard details of his original plans.

Oakland planned to send their lone All-Star performer on a commercial flight from the Bay City to Hollywood, that is until the Astros offered to add Blackburn to their trip.

After learning that the flame thrower was traveling commercial, Houston opened up a seat on their All-Star charter to make room for Blackburn. He was asked about the generous offer on Tuesday before the game.

“It shows within baseball, it’s like a brotherhood. Everyone respects each other… I’m greatly appreciative of their organization.”

The A's were set to fly Paul Blackburn commercial from Houston to LA for the All-Star game.

Then, the Astros stepped in.pic.twitter.com/E8q8tKVhMi

“I flew with Houston over here, with their guys on their charter… It was just brought to me and I was asked if I wanted to fly with them, and I said, ‘Yeah, if Dusty [Baker] would allow it.’

“It shows within baseball, it’s like a brotherhood. Everyone respects each other… I’m greatly appreciative of their organization.”

That’s an awesome gesture from the Astros, but it’s got fans on social media ripping the A’s for not flying their only All-Star player private on the short trip from Oakland to LA.

The A’s have long taken heat for their tendency to penny pinch. I mean, they made an entire movie about it in Moneyball. With management hesitant to spend, many fans are opting not to show for games leading to empty seats at the Oakland Coliseum.

After hearing about yet another incident involving team spending, fans are beginning to roast the A’s online.

They really bout to send their only All-Star middle seat, 2 rows from the crapper on Allegiant or Spirit… Lolol

Even Pirates fans were calling the A’s cheap.

It further fuels the debate of whether they should sell the team and relocate to Las Vegas. Most baseball fans think that’s the best option.