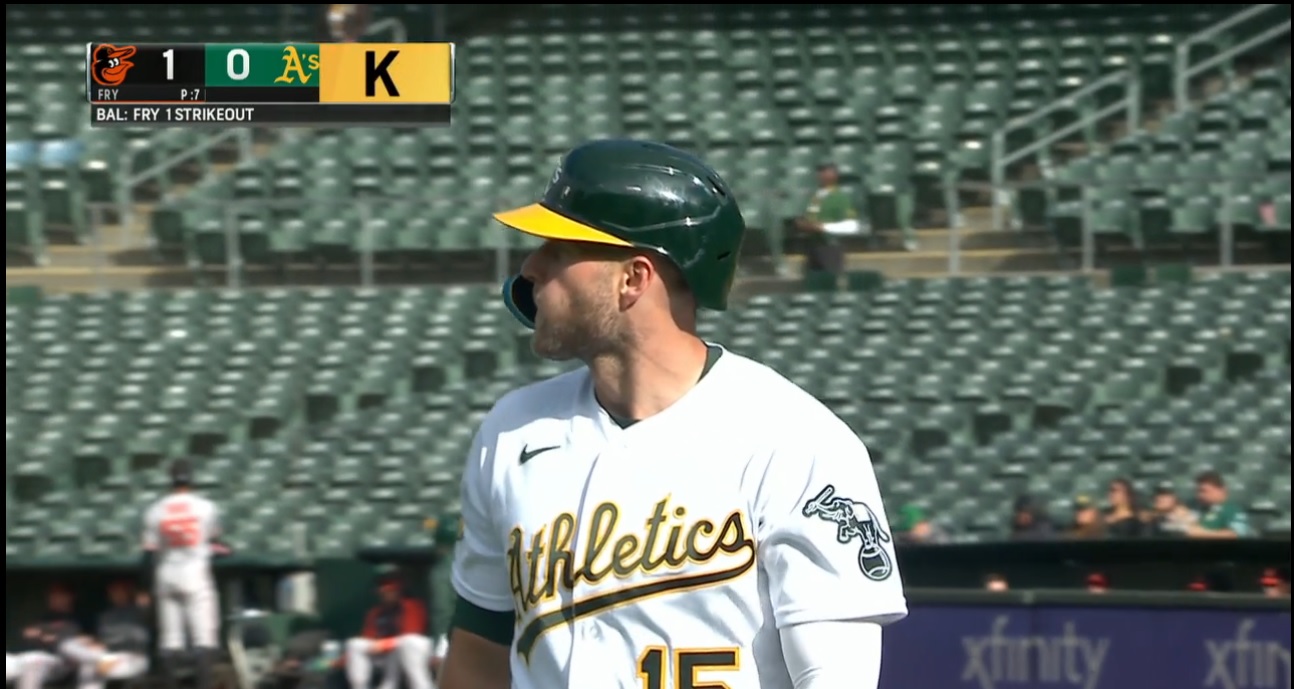 The Oakland A’s are having trouble selling tickets this season.

On Tuesday night, the A’s announced 3,748 fans attended their game, which was the team’s lowest attended game (without pandemic restrictions) since 1980.

The A’s announced an attendance of 3,748 for Tuesday night’s game against the Orioles, their smallest official crowd at the Coliseum in a non-pandemic season since 1980.https://t.co/bVlBzpDTN9

The announced attendance of the A’s Tuesday night game against the Baltimore Orioles was 3,748, their lowest figure since a crowd of 3,180 attended a 6-4 loss to the Chicago White Sox in 1980. Excluding games with pandemic restrictions, the A’s 2-1 win over Baltimore was the lowest-attended MLB game since the Miami Marlins drew only 5,297 fans to an August 2019 game.

The A’s stadium was somehow emptier for the Tuesday night’s game against the Orioles.

Bay area journalists put the blame for the A’s poor attendance on the team’s ownership.

If you ever wondered what would happen if

Are we really doing this now? 🙄

Oakland’s attendance is a product of ownership raising prices, slashing payroll, committing far less than other teams on marketing, flirting with relocation, and playing at an old facility that is far inferior to the other one in the market. https://t.co/vdoN9e5p3y

No matter who’s to blame, 2,7000 is a pretty terrible number that will only fuel rumors about the team’s relocation to Vegas.

The Oakland Coliseum had an announced attendance of 2,703 tonight.

Between the players, coaches, groundskeepers, ushers, concession workers, front office workers etc; it's likely that more people were paid to be at this game than paid to be there.

Let that sink in for a minute. pic.twitter.com/7KN1JR10An