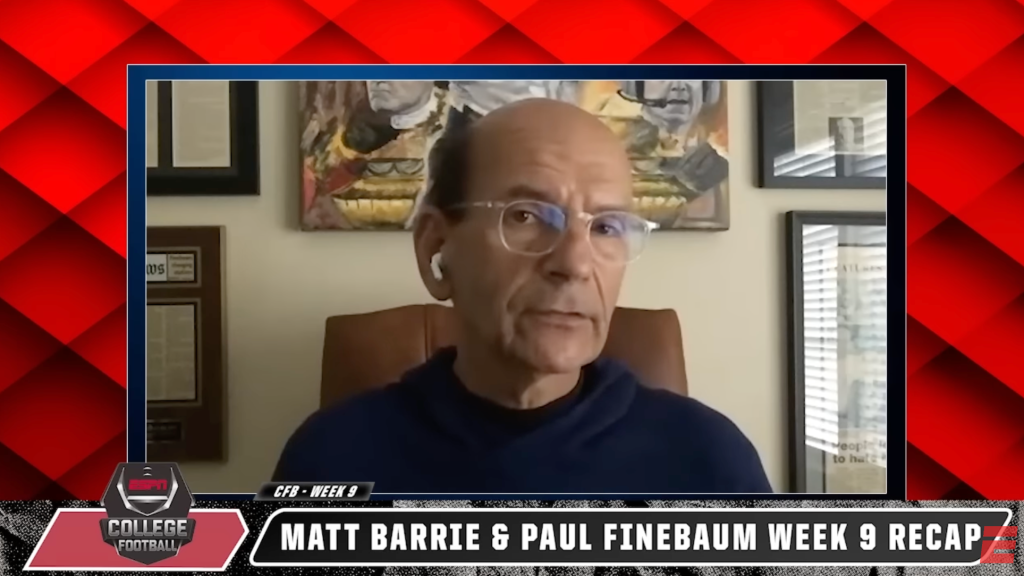 Jimbo Fisher’s Texas A&M Aggies are 3-5 on the season, 1-4 in the SEC, and they have lost 4 games in a row. This comes after TAMU kicked off the season with aspirations of making a run toward the National Championship and the hype was intense surrounding their program.

In the past 4 games, Jimbo Fisher’s team has lost to Ole Miss, South Carolina, Alabama, and Mississippi State, and a few weeks earlier they lost to the FBS Appalachian State Mountaineers. It’s been an ugly run but Jimbo puts an optimistic spin on each of the losses to the media, something that ESPN’s Paul Finebaum says Fisher deserves an Oscar for.

During the Week 9 recap on ESPN College Football, Paul Finebaum ripped Jimbo Fisher for losing to teams like ‘South Carolina and Ole Miss’ and spinning the losses to the media. Here’s the clip:

Matt Barrie and Paul Finebaum are in agreement that Jimbo will have to make some changes after this season. They seem to believe Fisher will likely hire, or be forced to hire, a new Offensive Coordinator. But it remains to be seen if Jimbo would even listen to that OC or if he’d continue to operate as a Head Coach with the final say on evertying.

Texas A&M famously signed the highest-rated recruiting class in College Football history last season. They seemed poised to compete in the SEC, or at least that was the impression everyone on the outside had.

After a 3-5 start to the season, TAMU now has the #17 ranked recruiting class for 2023 sitting behind other SEC teams including Arkansas, South Carolina, Tennessee, Florida, LSU, Georgia, and Alabama.