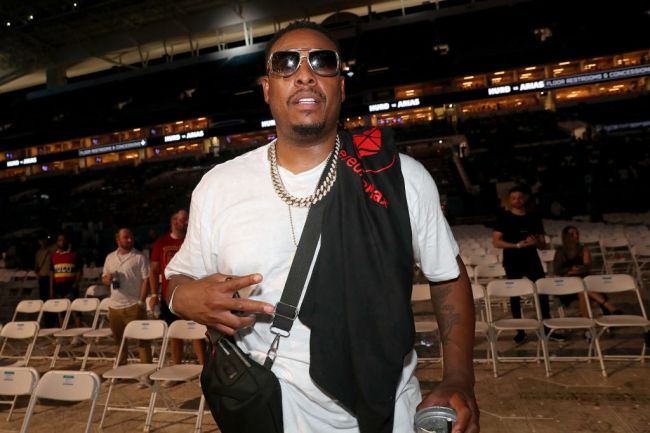 Another Paul Pierce video has gone viral but this time he can’t get fired by ESPN for it.

Earlier this year the former Celtics player was let go by the network for filming himself smoking weed and hanging out with strippers in his home while playing poker.

Paul Pierce isn’t sorry for the minutes-long video that made the rounds on social media and cost him his job at ESPN.

“Come on, I didn’t do anything illegal,” Pierce said, protesting advice from his agent Jeff Schwartz of Excel Sports Management that an apology could stop his Hall of Fame chances from being hurt.

“These motherf–kers in the Hall of Fame, some did [cocaine], f–king battery. What the f–k did I do? I was just having a good time. All the people coming after me, half you motherf–kers do the same s–t. You’re just hiding it. And you all are married while you’re doing it. I’m divorced. I’m retired. I’m having fun.”

On Tuesday, a clip of Pierce creepily hitting on a waitress while playing poker made its way onto Twitter. In the video, Pierce could be seen telling the waitress, who is clearly uncomfortable, if ‘she needs some moral or oral support.”

Paul Pierce tries to spit game at a waitress

“Moral or oral support, which one?”

Fans went on to call out Pierce for his creepy behavior.

Men, please don’t ever say this to a waitress on duty and think it’s okay JFC https://t.co/4YOs1lLxzL

He been a loser and lame not surprised he acting like a pervert https://t.co/JVkFSviRcV

Paul Pierce is so gross in every sense of the word…. https://t.co/U5ZgKbrBLA