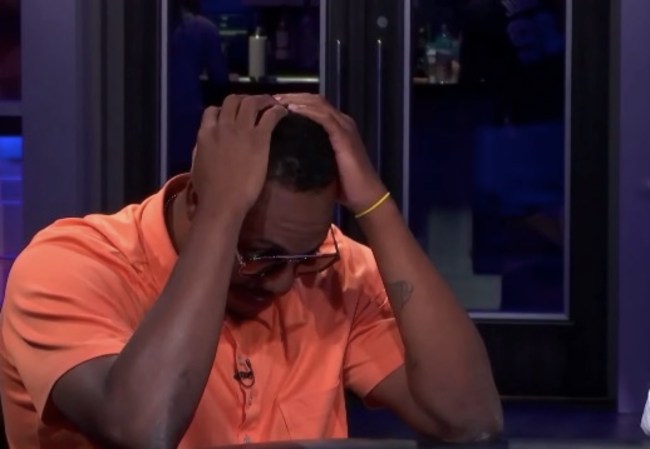 Paul Pierce aka ‘The Truth’ is a Boston legend, NBA Finals MVP, NBA Champion, 10x NBA All-Star, and he holds a ton of scoring records for the Celtics. Until today, I had no idea that he’s also a skilled poker player who can sit with the pros and rake in big pots.

Paul Pierce was one of the featured players on Poker After Dark, a high stakes all-cash game of Texas Hold’Em where professional poker players, athletes, and celebrities compete alongside each other to rake in that cash. Paul Pierce kicked off ‘GOAT Week’ on Pocket After Dark by winning some gigantic pots.

In this first clip, he takes down a $40,000 CASH pot after waking up in the big blind with pocket jacks. JJ is a pretty strong starting hand, especially when the action in front of you is pretty weak, but it’s easily cracked by someone holding two overcards or a player trapping you with a higher pocket pair (not as likely).

The player in front of Pierce is holding KcJd, one of Pauls’ 2 outs to make a set, but he’s representing that he has a very strong hand. That, or he’s just trying to push them out of the way with a weak raise of $700 behind him and only Paul Pierce in the BB to get out of the way before the 9c4c folds.

Keating thinks he’ll easily take down the pot here with a massive raise. He overbets the situation and his wallet ends up paying dearly for it. With a $9,000 raise, he might’ve only lost $9,000 in this hand but he forced Pierce to make a decision on a solid starting hand.

Pierce also took $30,000 CASH in one hand off Hollywood producer Randall Emmett. Again, Paul Pierce looks down to find a pocket pair in the Big Blind position. This time he’s got 10d10c, a weaker hand than JJ but still a pretty strong starting hand. BY FAR the most insane aspect of this hand is how loose Emmett is playing, and calling a huge bet with 5h6h, suited connectors.

So all of that was fun, right? But these were definitely the most fun hands of the night. Poker pro Phil Hellmuth doubles and busts on back-to-back hands with $146,000 CASH in the pot on the final hand of the night:

Anyone else feel that little tingle on the back of their neck, hair slightly raised, telling them it’s time to shut the computer for a few hours and hit the poker room at the local race track? No? Just me? I might have to go get in a few hands later today. I’ve got the itch.