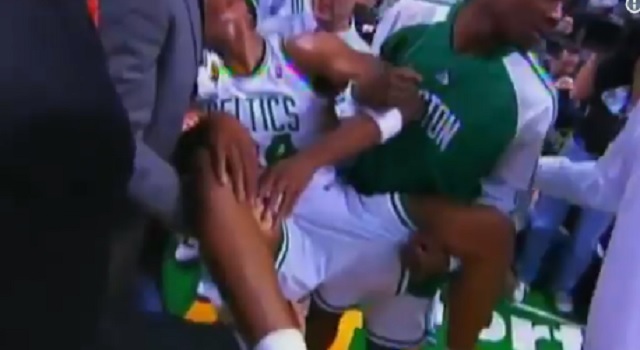 11 years ago today Paul Pierce famously left the game win injury in wheelchair in the third quarter of Game 1 of the 2008 NBA Finals but returned a few minutes later to score several clutch buckets.

Pierce has been widely mocked for faking the injury by TNT’s Inside The NBA Crew.

One of my favorite Inside the NBA moments is when they clown Paul Pierce about the "Wheelchair" game pic.twitter.com/aVGjj4if8r

For years fans believed Pierce didn’t injure himself instead they believed he had pooped his pants.

There’s even a Youtube video that details the “poo” conspiracy.

Before tonight’s game 3 of the NBA finals between the Warriors and the Raptors Pierce finally admitted that he shat himself during the wheelchair game.

Paul Pierce admits he shit himself during "wheelchair game" pic.twitter.com/vy8L2cymhh

Why did you need the wheelchair?

Something went down I had to clean up