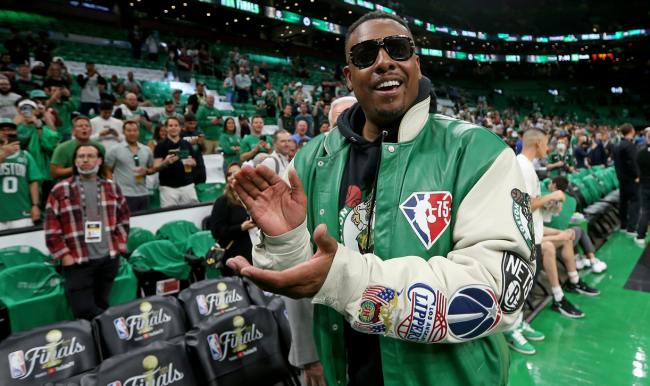 For the fourth time in the last six years, NBA Hall of Famer Paul Pierce finds himself as the defendant in a very public lawsuit.

This latest lawsuit against “The Truth” was filed by a man named Stephen Carmona, who claims Pierce owes him money from a night of poker he hosted at his home on January 27th.

Carmona claims that upon his arrival at the game Pierce asked him if he could borrow some money so he could participate.

He says he loaned Pierce $150,000 with the former NBA Finals MVP promising to pay him back within seven days.

Carmona claims that just a week later he hosted another poker game and once again loaned Paul Pierce money to play.

Therefore, after “multiple requests for repayment,” Carmona is suing Pierce for the $180,000 plus interest.

Pierce, who earned approximately $195 million in salary while playing in the NBA, was previously sued in 2018 for allegedly calling a security guard a racist, and again in 2020 for allegedly stiffing the guy he hired to build a warehouse to cultivate cannabis.

Last month, it was revealed that Pierce was being sued for his involvement in and circulating “misleading” advertisements for the cryptocurrency EthereumMax. Pierce allegedly was given more than 15 trillion EthereumMax tokens in exchange for tweets and then sold then in what is being claimed was a “pump and dump” scheme.

He was fired as a studio analyst by ESPN in 2021 after he posted an Instagram Live video of himself at a stripper-filled poker game.

Many NBA fans were not very terribly surprised by this latest report about the Celtics great.

If Paul Pierce had to borrow money from you after a multi-million dollar NBA career, you should know beyond a shadow of a doubt that he's not paying you back https://t.co/sdOvWifCaQ

Squandering away $200 million seems like it would be hard to do if you had any sense at all…Paul Pierce sued over alleged gambling debt https://t.co/FtzQuPGqLO