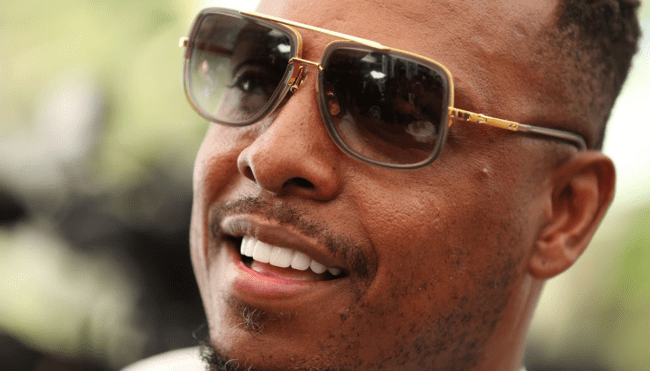 Over the past year or so, a number of people have suddenly found themselves out of a job in the sports broadcasting world due to some regrettable behavior. That includes the high-profile case of Rachel Nichols and her comments concerning Maria Taylor, the radio host who was canned after comparing the latter to an adult film star, and the Cincinnati Reds broadcaster who lost his gig after a hot mic captured him using a gay slur in the middle of as there’s a drive into deep left field by Castellanos and that’ll be a home run.

Back in April, Paul Pierce also found himself unemployed when ESPN decided to sever ties with the former NBA star after he made the sage decision to hop on Instagram Live while chilling in a room filled to the brim with strippers doing their thing. When you consider the longtime Celtic made almost $200 million over the course of his NBA career, it was easy to understand why he didn’t seem too crushed by the development, and he seems to be doing just fine since pivoting to a new marijuana-related venture.

While Pierce has provided his Instagram followers with a steady stream of updates since being fired, he hasn’t really shed much light on what went down on the app on that fateful night. However, he decided to do exactly that in a profile Sports Illustrated published as he gears up for his induction into the Basketball Hall of Fame.

In the piece, Pierce said he was playing poker at a friend’s house in Los Angeles, and “after a little too much drinking and smoking,” he decided to hop on Instagram Live for a stream he wrongly believed couldn’t be saved or reposted. He revealed the incident was actually a blessing in disguise, as he was already planning on parting ways with ESPN due to a combination of travel demands and editorial mandates, saying, “There’s a lot of stuff over there that you can’t say. And you have to talk about LeBron all the time.”

It wouldn’t appear Pierce has any regrets about what went down, as he shared some thoughts that are pretty hard to argue with after recounting what went through his head after his agent suggested he should apologize in an effort to appease the voters who would eventually decide he deserves to be enshrined in Springfield:

“I didn’t do anything illegal. These motherf—kers in the Hall of Fame, some did [cocaine], f—kng battery. What the f—k did I do? I was just having a good time.

All the people coming after me, half you motherf—kers do the same s—t. You’re just hiding it. And you all are married while you’re doing it. I’m divorced. I’m retired. I’m having fun.”