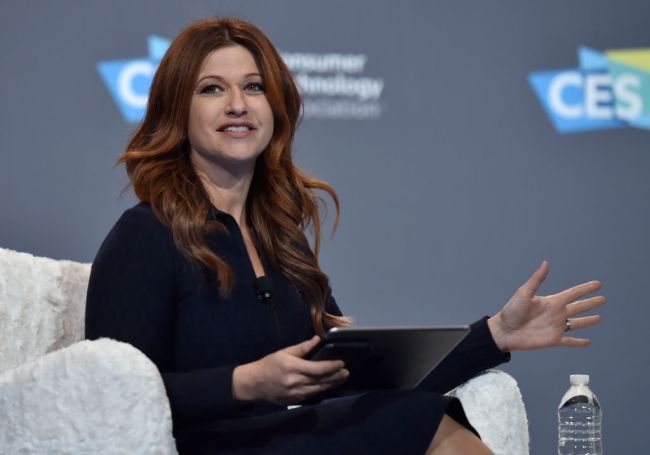 Rachel Nichols appears to be out at ESPN months after finding herself at the center of controversy when an audio recording of her calling Maria Taylor a diversity hire leaked on the Internet.

On Wednesday, Sports Business Journal reported ESPN was removing Nichols from all NBA programming and have canceled her popular NBA show “The Jump.”

ESPN has taken Rachel Nichols off of all NBA programming and will cancel her weekday afternoon show “The Jump,” the network confirmed today.

ESPN has taken Rachel Nichols off of all NBA programming and will cancel her weekday afternoon show “The Jump,” the network confirmed today. Nichols was told of the moves this week, sources said. Nichols remains under contract with ESPN — a contract that has more than a year remaining. However, it is unlikely that she will appear on ESPN’s air during that time.

According to SBJ, ESPN will replace The Jump with a new NBA show without Nichols.

ESPN Senior VP/Production David Roberts took over as the production exec overseeing ESPN’s NBA coverage two weeks ago, and this marks his first big move to reset how the network covers the NBA. Many more changes are coming, particularly on the studio side, sources said.

Roberts decided to cancel “The Jump,” which will run for a few more episodes over the next couple of weeks — none of which will be hosted by Nichols. ESPN will launch a new afternoon NBA show in the lead-up to next season, but execs had no firm details on that show’s format or host.

Update: Nichols released a statement on Twitter after news of The Jump’s cancellation made the rounds.