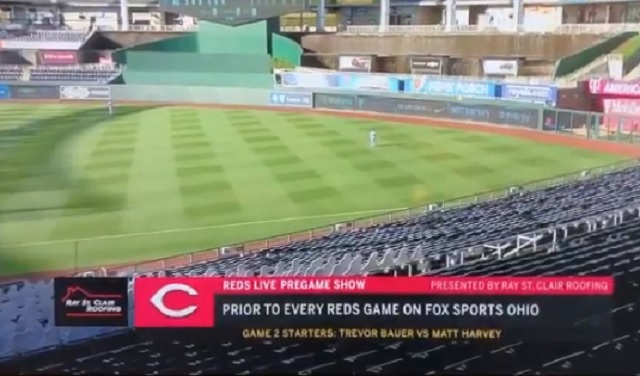 In videos shared on social media, Brennaman could be heard talking about “One of the f** capitals of the world,” before previewing today’s Royals-Reds doubleheader.

Longtime Cincinnati Reds announcer Thom Brennaman was caught on a hot mic saying “one of the fag capitals of the world.” He is currently announcing the second game of the Reds’ doubleheader against Kansas City. pic.twitter.com/Uwz07eRIKv

Brennaman continued calling the game after the video of him using the homophobic slur made its way around the Internet.

Thom Brennaman get the hell on up out of here please and thank you.

Bonkers he's just gonna call the rest of this game like nothings wrong and he isn't gonna get fired in like 3 hours.

Do the Reds consider pulling Thom Brennamann off the air? I don't know how you just keep going pretending like everything is normal.

Thom, the son of longtime Reds announcer Marty Brennaman, is likely to lose his job as fans are calling for his firing.

Hopefully this will be his last game. https://t.co/4TbJGmyTle

Update: The Reds have suspended Brennaman.