Paulie Malignaggi And Conor McGregor Get Into Heated Exchange At Press Event ‘Did You Bring Your Balls Conor?’ 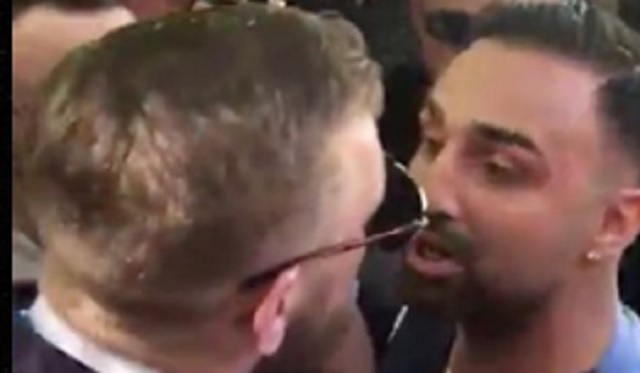 Former boxing champ Paulie Malignaggi is still salty at Conor McGregor over the whole sparring session photo leak from earlier this month. During a May-Mac press event in Las Vegas today, Malignaggi, who is working the fight for Showtime, confronted the UFC star and began yelling “Did you bring your Balls, Conor” over and over again.

It seems like Malignaggi is trying to set himself up for a fight with McGregor but we’ll see if that if there’s enough demand for that bout after Conor makes his boxing debut this weekend against Mayweather.

I got my money on Conor, not sure about you guys.