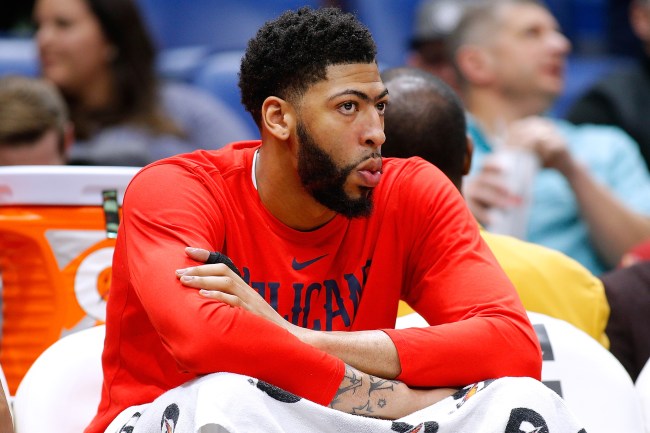 Apparently the fact that Davis left the arena and didn’t come back pissed off ownership who decided to lash out at GM Dell Demps by firing him.

Ownership was livid with an injured Anthony Davis leaving arena during Thursday night’s game, sources say. Gayle Benson is telling associates she wants an overhaul of Pelicans and a search for a GM to take command of Davis trade talks and the reshaping of team’s future.

Ownership and senior management have been pleased with coach Alvin Gentry and his staff and believe players are largely responding in what’s been a tumultuous stretch, sources tell ESPN.

It’s pretty crazy that Demps is getting blamed for Davis’ actions considered ownership has made this situation almost impossible because apparently they don’t want to trade Davis to the Lakers.

Ownership’s plan with a new GM will be continuing to push back on Anthony Davis preferred trade destinations if they don’t make sense for Pels — especially with a full year left on his contract, per sources.