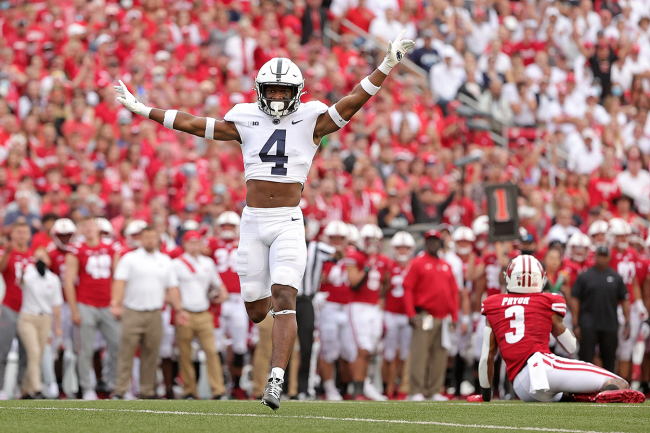 When Penn State takes to the gridiron this fall, head coach James Franklin hopes that this is the year that the Nittany Lions get back to their winning ways after a few years toward the bottom of the Big Ten. Among the names who are poised to make a big impact is cornerback Kalen King.

After playing in more of a rotational role a year ago, the 6-foot, 186-pound sophomore is going to be one of the starting, every-down defensive backs in the fall. As a four-star recruit out of high school, King is someone that the coaching staff was thrilled to get on campus.

King’s biggest strength is his ability to change directions and shiftiness. Penn State hopes that he can take the next step toward greatness this season and he is already showing out in spring practice.

His feet are ridiculously fast.

After arriving closer to 170 pounds as a freshman, the team got King in the weight room. He bulked up some last year but clearly didn’t lose his feet in the process.

King recorded his first start last season and quickly garnered playing time in 13 games. During his first year in Happy Valley, he tallied 23 total tackles, 15 solo, five pass breakups and a forced fumble. He will look to build on those numbers in 2022.